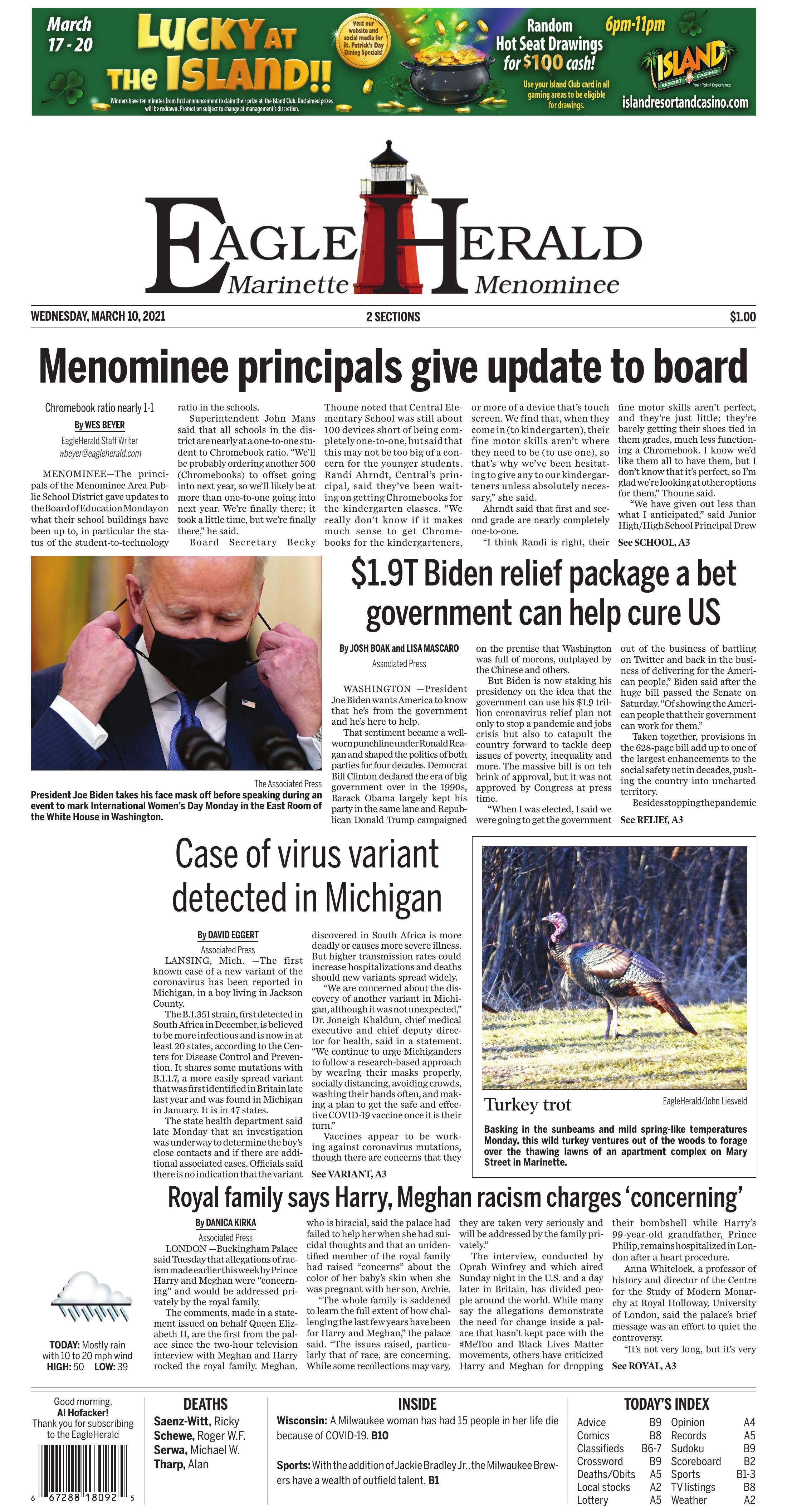 News
hot featured
Principals give update to MAPS Board

MENOMINEE—The principals of the Menominee Area Public School District gave updates to the Board of Education Monday on what their school buildings have been up to, in particular the status of the student-to-technology ratio in the schools.

Board Secretary Becky Thoune noted that Central Elementary School was still about 100 devices short of being completely one-to-one, but said that this may not be too big of a concern for the younger students. Randi Ahrndt, Central’s principal, said they’ve been waiting on getting Chromebooks for the kindergarten classes. “We really don’t know if it makes much sense to get Chromebooks for the kindergarteners, or more of a device that’s touch screen. We find that, when they come in (to kindergarten), their fine motor skills aren’t where they need to be (to use one), so that’s why we’ve been hesitating to give any to our kindergarteners unless absolutely necessary,” she said.

“I think Randi is right, their fine motor skills aren’t perfect, and they’re just little; they’re barely getting their shoes tied in them grades, much less functioning a Chromebook. I know we’d like them all to have them, but I don’t know that it’s perfect, so I’m glad we’re looking at other options for them,” Thoune said.

“We have given out less than what I anticipated,” said Junior High/High School Principal Drew Buyarski about the tech situation at the junior/senior high school, “so I may be able to share some with Randi if need be. A lot of my kids have their own, and they don’t want to take on the responsibility of a school-issued one if they don’t need to.”

In addition to this, Ahrndt said students at Central are now able to eat lunch in the cafeteria and play on the playground at recess again. Central is also in the middle of a Read-A-Thon. “Students are logging their minutes spent reading, either in school or at home. We are currently at 56,025 minutes since March 1. We have a goal of 100,000 minutes before Spring Break, and we raised $5,425 so far,” she said.

She said this includes listening to reading or doing any kind of online reading game or program. “They all count because that’s part of learning how to read,” she said.

Martin said that the first 15 minutes of every day at Blesch have been spent on social and emotional learning, and students have been able to eat breakfasts in their classrooms. “It’s one way to make sure that all students are at least getting one good meal a day, so I really hope after we’re done with the pandemic that we continue breakfasts in the classroom because, not knowing where the students come from every day, that is a concern that I have,” he said.

He also said that he and the teachers at Blesch have also been working on ways to tie in the social-emotional learning with other subjects. “We started to have some light bulbs turn on, so that was really exciting for me,” he said.

Teachers at the high school and junior high are also being encouraged to integrate social-emotional learning into their lessons as well. Buyarski said the Intermediate School District gave the schools some money for teachers to use on resources to allow them to do that. “Between Mr. Martin’s building an myself, we did get $15,000 to spend on that. My teachers have taken it and started running with it. Hopefully that can benefit our students in the future,” he said.

He also said there has been a call for students to be able to get to sporting events to support their fellow students. He said Athletic Director Jamie Schomer has been able to find ways to accommodate allowing students to attend games safely. “We haven’t had any issues as far as that goes,” he said. 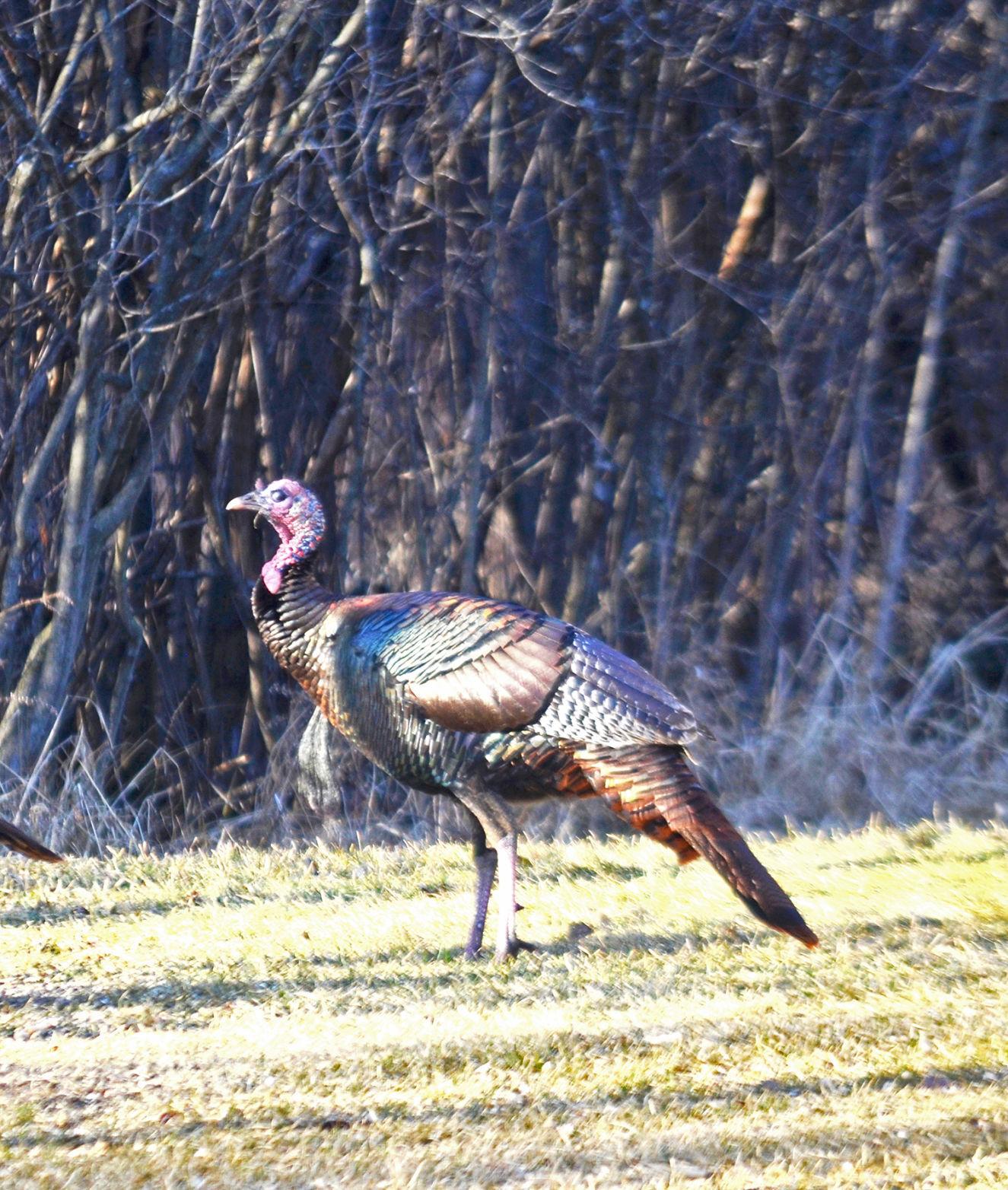 Basking in the sunbeams and mild spring-like temperatures Monday, this wild turkey ventures out of the woods to forage over the thawing lawns of an apartment complex on Mary Street in Marinette.