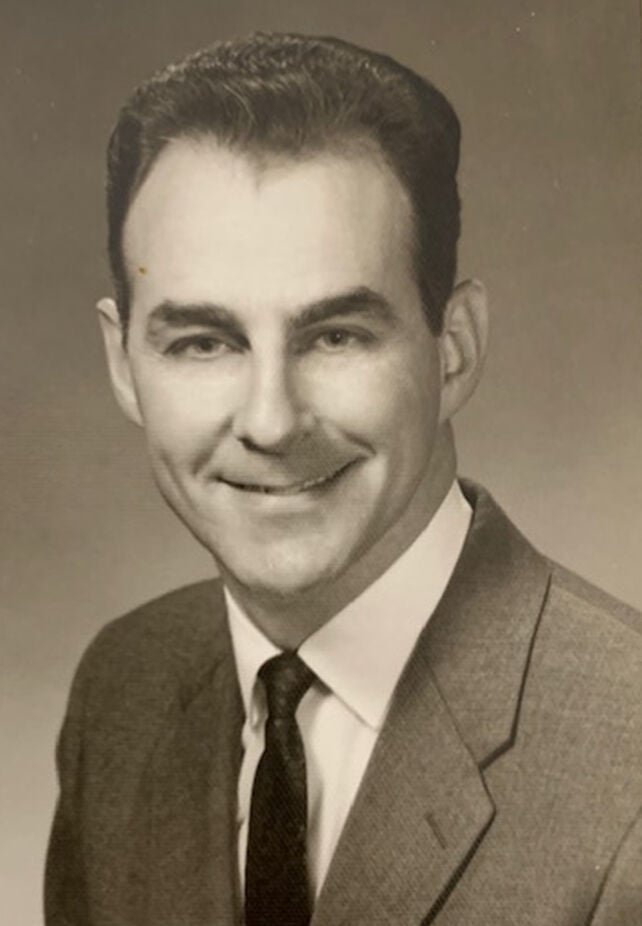 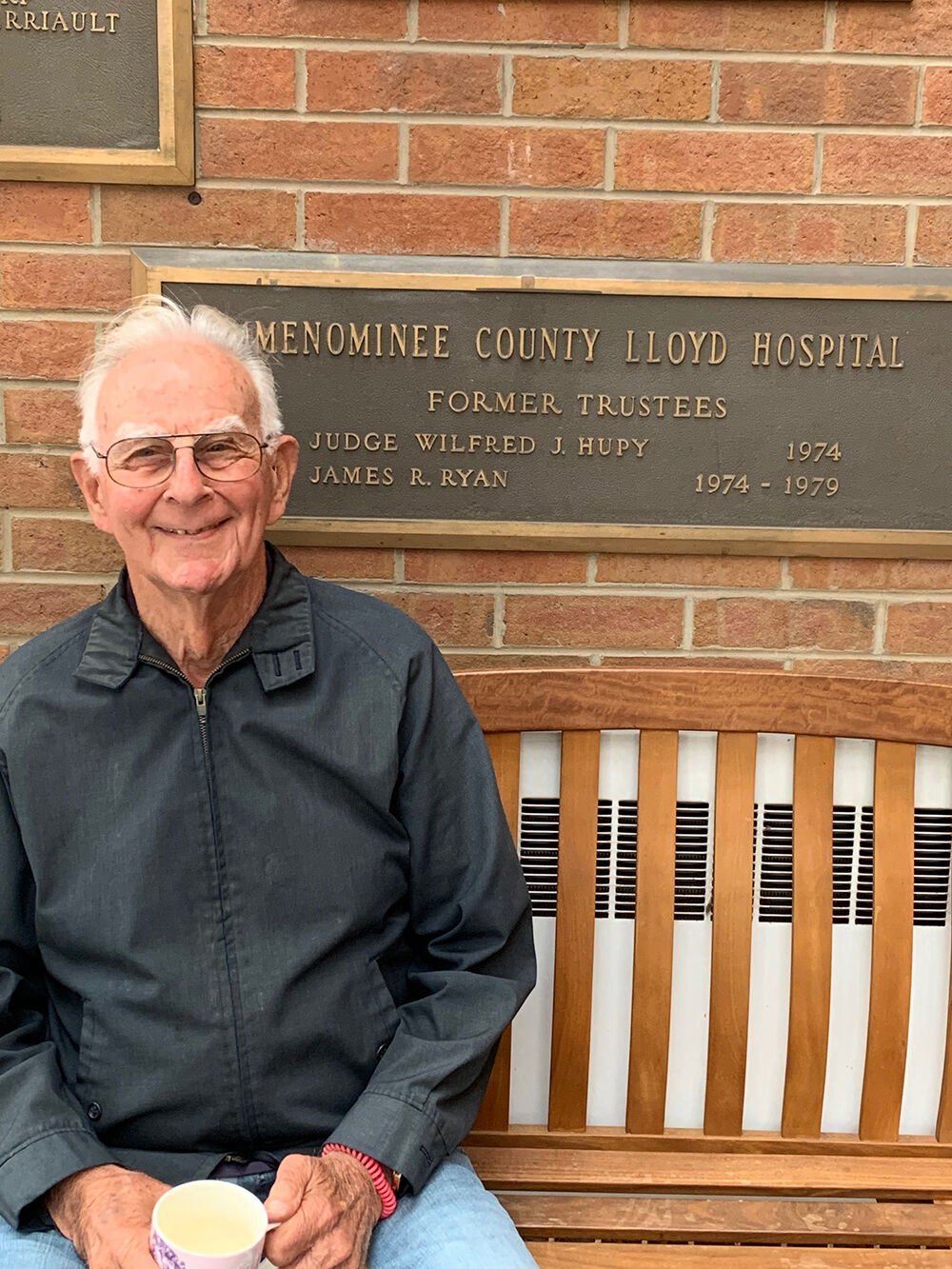 Memories are so important to Jim Ryan that he packs his traveling bags in San Antonio each summer and returns to his cherished boyhood roots in Menominee, simply to reflect on what he describes as those wonderful years of growing up in a small town. Menominee, of course, is a much smaller, quieter — and cooler — location compared to the hot and humid pace of life in a big Texas town like San Antonio.

Ryan has experienced a journey through life that included 30 years in education as a teacher, high school principal, school district superintendent and assistant professor in school administration at Trinity University in San Antonio. Trinity is a Presbyterian affiliated institution that was founded in 1869, which is only three years after the famous Franciscan mission known as the Alamo was taken over during the Texan war for independence.

His enormous contributions to the field of education wasn’t his only calling in life. He spent 15 years as a Methodist minister and was involved with his father, Ray Ryan, in the real estate business in Menominee and Marinette. One of the hallmarks of the father-son business team was the construction of a medical building at the corner of 10th Street and 11th Avenue, a facility that has served the health care needs of local residents spanning five decades.

But Jim’s enthusiasm for education was too much to overcome and he left the real estate business during an economic slowdown that devastated the housing market and he returned to putting his skills to work helping young people prepare for their march through life. Jim earned his bachelor, master’s and doctorate degrees in education at Michigan State University in East Landing.

The son of Ray and Lillian Ryan, Jim and his family resided at several locations in Menominee. His father owned and operated Ray Ryan’s West End Tavern on 11th Avenue, and Ray Ryan’s Tavern on old Broadway, now 13th Street. The first Ryan saloon poured Menominee’s finest Silver Cream and Old Craft suds from 1940-1946, which was the World War II age. His second venture in the tavern trade on old Broadway went from 1947 to 1955.

He remembers the famous Friday night fish fries when they were 25 cents per plate and a staple of love for families in the M&M area. His sister, Pat, graduated from Menominee High School in 1949, Jim in 1951.

After graduating from Michigan State in 1955, Jim was drafted into the Army. He received his basic training at Fort Carson, Colo., additional training at Fort Bliss, Texas and later transferred to old Fort Brady at Sault Ste. Marie, Mich., on the banks of the St. Mary’s River, now the site of Lake Superior State University. From the Upper Peninsula outpost, he was shipped to Germany and assigned to a U.S. military base at the small town of Biebrich, Germany. The base was formerly occupied by German soldiers in World War II. His assignment in Germany lasted 12 months.

Jim’s reservoir of memories was so interesting and colorful that his grandson Bryce suggested he put them into printed words for future generations to enjoy. He accepted the compliment and chronicled “Ryan Family Anecdotes,” a second edition printout in 2018. A masterpiece for his two daughters — Scarlett and Sheridan — and their family tree line to treasure for the time that is yet to be, the former educator and minister turned author and highlighted the fascinating life of his kinfolk.

Jim’s memory wheel spins to a time in history — June 6, 1944 — when his father was in the living room and toying with the family’s antique Zenith radio. The shortwave concept, a popular method in the age of WWII, picked up the voices of U.S. President Franklin D. Roosevelt, Prime Minister Winston Churchill of Great Britain, and U.S. Army General Dwight Eisenhower, supreme commander of Allied Forces in Europe. They were in the process of informing the world that Allied forces had stormed the beaches of Normandy, a major breakthrough in the battle against German forces.

“My father went to our tavern (West End location) and invited patrons to listen to the historic event taking place at that very moment,” Jim wrote. “I remember how quiet and solemn the men (12-15 in number), as they listened to the ‘welcome’ news. I tried to comprehend as much as an 11-year-old boy can. I was moved, but surprised, by the quiet in our living room. Then, as if on cue, one-by-one the men quietly stood and returned to their homes. They realized at that hour, and for several days, men could die by the thousands.”

The 11-year-old boy who listened to the historic invasion in the most vicious war in world history, later visited the sites of the landing in 2008. He was accompanied by his daughter Scarlett.

Jim retired from education in 1993. He garnered a classroom of memories during his distinguished career. One of his more delightful assignments was at Greenville, Mich.

During his tenure in Greenville, Jim knew all 10 young men from the community who sacrificed their lives in the Vietnam War. He remembers one of the young men — Danny Jones — who enlisted in the Marines. While home on furlough before going to Vietnam, Danny visited Mr. Ryan at the school. He told him he didn’t think he would survive the war. He didn’t.

Danny Jones’ close friend was Dale Peterson. The two young men went into the Marines at the same time. Jones graduated from high school, but Peterson was one-half credit short. Although Peterson survived the war, he was badly wounded after stepping on a land mine in jungle warfare.

“These two boys should have graduated together from Greenville High School in 1965,” recalled their former principal. “I remember his (Dale) disappointment. When he returned from Vietnam, he was sent to Hines Veterans Hospital in Chicago for recuperation. I visited and held a miniature high school graduation ceremony at his bedside and awarded him his diploma with a half-credit for ‘World Travel Experience.’ There were no bands or pomp-and-circumstance at this private ceremony, but a graduation ceremony I will long remember,” he wrote in his anecdotes.

Jim Ryan, the kid from Menominee’s West End who advanced to bigger and brighter things in life, has enjoyed a fulfilling career. And he has pleasant memories to go with the remarkable journey.

This column was penned by Larry Ebsch, former EagleHerald editor and local historian.