With gusto, Kathy Menor, Marinette, makes the reach during a Tuesday afternoon game of pickleball at the REC Center. After a year of pandemic clampdowns, city officials recently discussed the facilities untapped potential and its financial operations into the future. 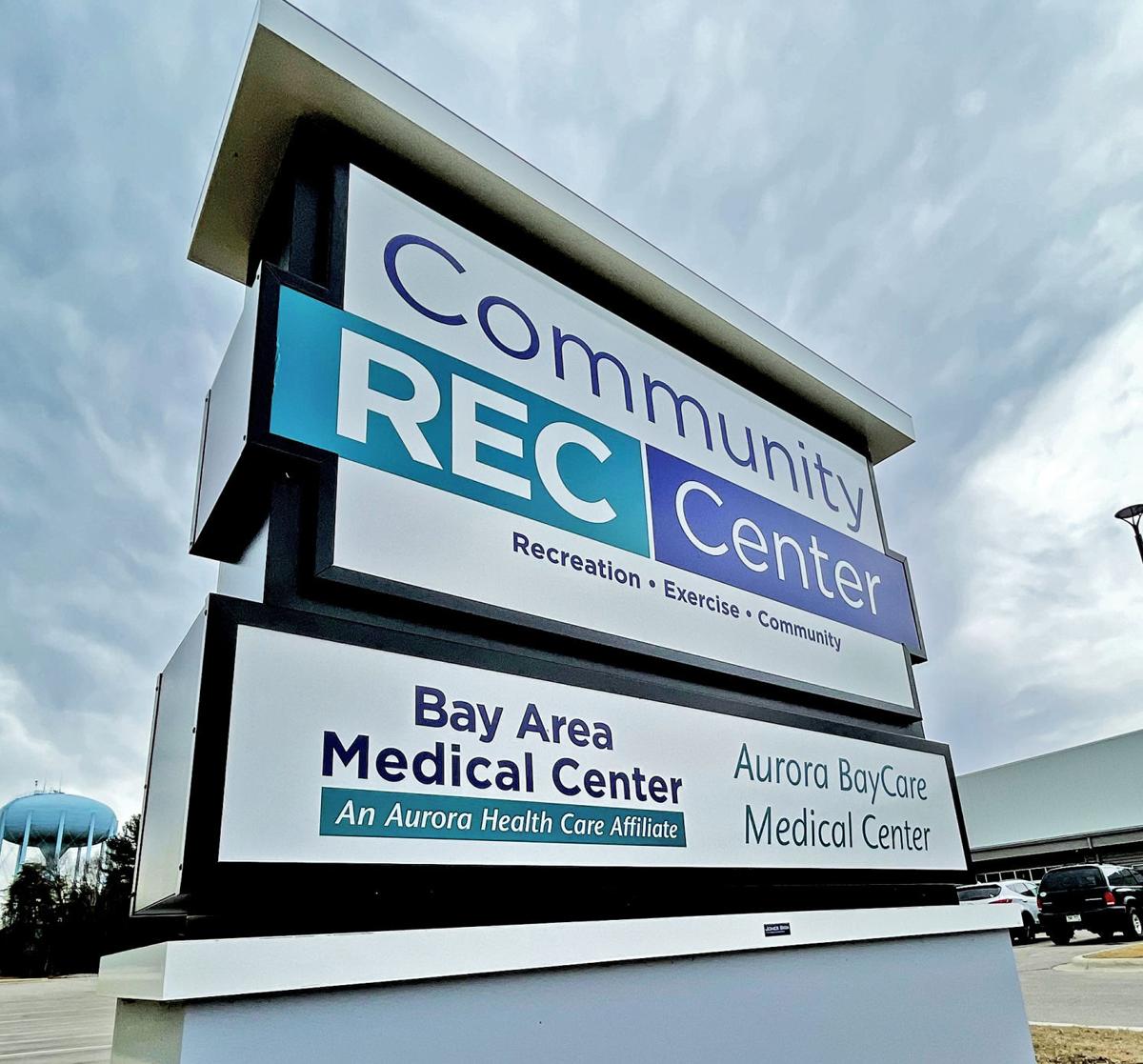 As the City of Marinette REC Center emerges with the rest of the city and the nation from the financial impacts wrought by the COVID-19 pandemic, during a recent meeting of the City of Marinette Finance & Insurance Committee, councilmembers reviewed the facility’s operational and financial progress over the last six years, weighing in on its future potential.

With gusto, Kathy Menor, Marinette, makes the reach during a Tuesday afternoon game of pickleball at the REC Center. After a year of pandemic clampdowns, city officials recently discussed the facilities untapped potential and its financial operations into the future.

As the City of Marinette REC Center emerges with the rest of the city and the nation from the financial impacts wrought by the COVID-19 pandemic, during a recent meeting of the City of Marinette Finance & Insurance Committee, councilmembers reviewed the facility’s operational and financial progress over the last six years, weighing in on its future potential.

MARINETTE—As much of the nation resurfaces after more than a year beneath the murky waters of the fiscal and social crisis imposed by the COVID-19 pandemic, City of Marinette officials reviewed the financial and operational progress of the REC Center during a recent Finance & Insurance committee meeting.

Such discussion represents the continued and transparent communication among city officials and councilmembers to ensure that everyone, including the public, remains on the same page when it comes to understanding the progress and goals of the facility. According to various council and committee members, from the moment of the facility’s inception, Marinette officials strove to maintain an open dialog with the public and each other, regarding the center’s initial inception to the planning and subsequent construction and operation of the center, particularly as it relates to finances.

“Where the REC fits in the budget and how much we earmark for it and how much we look at future expenses, is always something that we have worked on,” said Mayor Steve Genisot. “We’ve always brought (information) that to council and we’ve always informed everyone as much as we can.”

WHAT THE DATA SHOWS

During the meeting, the committee rehashed REC financial data presented by City Finance Director Jackie Miller. It offered a picture that continues to show the potential of the facility, despite a few bumps in the road.

“The REC Center’s expenses (employees, management, infrastructure and, etc.) were all designed and planned for in a way to open and staff (the facility) appropriately to enable the launch of new recreational programming,” said Councilmember Rick Polzin.

During the meeting, City Finance Director Jackie Miller presented a six-year summary of both the REC Center and the Civic Center showing revenues and expenses.

Speaking to the EagleHerald, and base on the immutable story revealed by the numbers, Miller characterized the financial and operational progress of the Center.

“Speaking strictly from an accounting standpoint and following the generally accepted accounting principles,” Miller said that operationally, a $29,785 deficit for such still in its early days of operation, does not represent a bad picture. The facility has only been in operation for about two years. And considering the initial setbacks during the construction phase of the Center followed by the pandemic, she emphasized that unforeseen budgetary events sometimes occur.

Polzin also acknowledged that while the first two years of the facility’s operation posed some challenges stemming from construction delays and then COVID, the picture painted by the data falls in line with his expectations.

“There are not any surprises in the financial information presented by (Miller),” Polzin said. “It’s been consistent with what we have seen through the committee meetings and council meetings all the way along.”

Severe weather and flooding issues, followed by the contractor’s incorrect installation of the Center’s specialized weather-resistant panels, an approximate 10-month delay of the REC’s opening ensued as the city worked to correct the issue.

And then COVID-19 gripped the world.

“If you look at the REC Center from a reasonable light, there has been a lot of progress made,” Polzin added. “And I think that (the council and the Finance Committee), moving forward are going to manage (the center) as they would all other assets in the city. We are not going to put an unnecessary burden on the taxpayers. And the people that we have in place at the REC center who manage it are the people that are going to continue to grow the programing and grow the revenue.”

The REC Center falls under the auspices of the Parks & Recreation Department, which like other city departments, represents a public service subsidized by taxes.

Based on city records, for the last two decades, the portion of a resident’s tax bill imposed by the city continues to hold relatively unchanged. The city mill rate (tax rate applied to each $1,000 of property value) stood at about 8.2 in 2000. In 2020 it was approximately 8.5.

“At this point, we have not had to raise taxes to support the REC Center,” Kowalski said, who also serves as the Finance Committee Chair. “And with the way the debt is structured, I don’t expect that we will.”

Maintaining a steady tax rate represents one of the goals toward which the city works. With assistance from a financial advisory and planning group (Ehlers Public Finance Advisors), Marinette’s leadership finds ways to efficiently balance city debt payments, grants, loans and other financial flows of money, which helps maintain a level tax rate.

“Ehler’s has always scheduled our debt based when other payments would be dropping off,” Miller said. “They have always done it so the tax base stays level, rather than (jumping) up and down where you would have a harder time explaining to constituents why their taxes might have dropped one year and went up the next.”

Establishing an average or expected level also means realizing baseline performance. The financial impacts of the pandemic obliterated any notion of a baseline operation for the REC Center.

“It is tough to make projections forward with COVID,” Kowalski said. “We don’t have a baseline per se in terms of what our income is going to be as we work through this.”

Even without COVID, Genisot explained, after only two years of operation, such a projection remains difficult because of a lack of prior years’ data.

“You can’t compare a five-year average in the past, because if you are going to compare a (past) average then you need to compare to an average on the forward side,” he said. “But (the REC Center) has not been open 5 years.”

Still, the Genisot and others remain confident.

“We came out of it (the pandemic) with a pretty firm standing,” he said. “I think it is a little early and we have not yet realized the true asset we have and the many things that we can do with it. We are just learning of the opportunities we still have and could have … so I think the REC Center is doing well considering a global crisis. And I think there are many more opportunities and programs that we could continue to build on.”