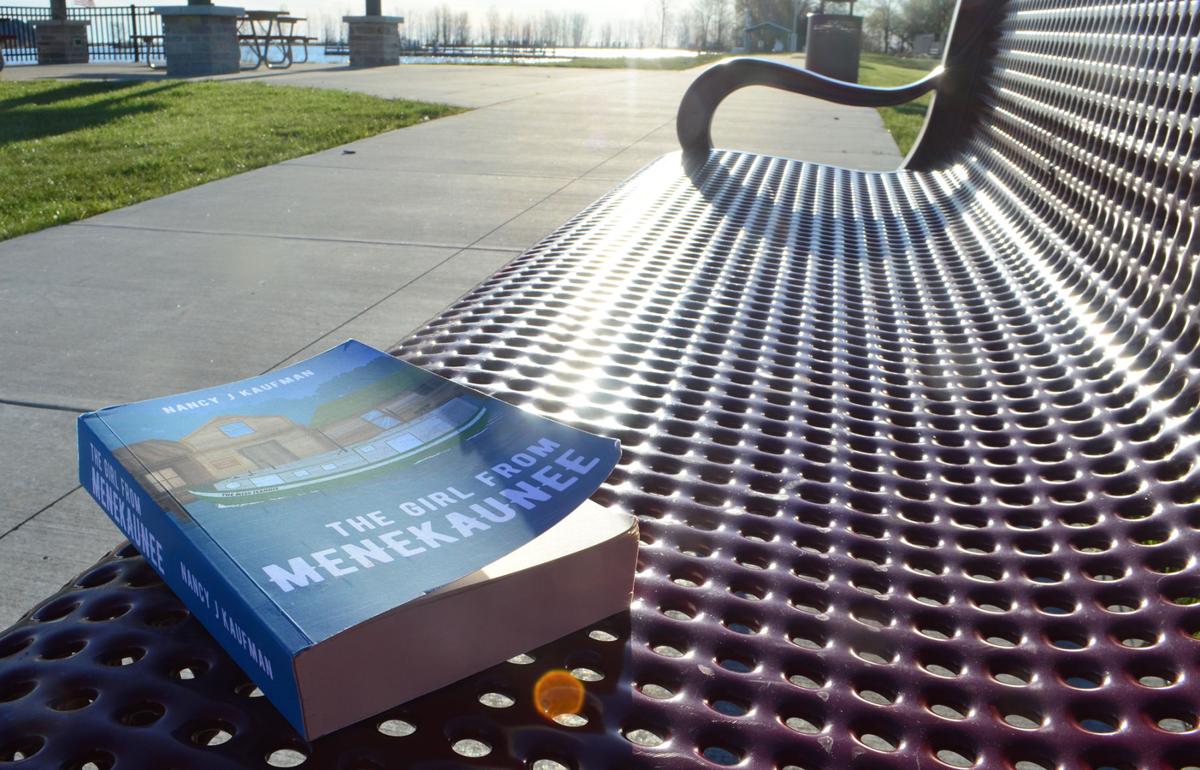 MARINETTE—Sometimes, sensing the true weight of words comes only in the wake of the context, after the culmination of a lifetime of memories.

So it goes with the following words penned by Marinette native Nancy Kaufman:

“She had come a long way—from the Menekaunee girl called ‘Fishguts,’ who lived on the wrong side of the tracks …”

Lifted from the final paragraph of her debut novel, “The Girl from Menekaunee,” a fictionalized account based on the life of Kaufman’s mother, those words encompass a journey that centers on a woman whose life reverberates within the context of family and mental illness across three generations and in the wake of the Great Depression. And while those words come with the final turn of the page, they offer nothing in terms of spoilers.

Instead, the novel’s richness transpires from the journey of its central character, Catherine Sabinsky and the ordeals she faced living in a family beleaguered by mental illness, alcoholism and abuse. It is a journey that begins in 1937, in the Menekaunee fishing neighborhood of the City of Marinette.

TEARING DOWN THE STIGMAS

Rendered from the empathy of her own experiences with mental illness and pieced together from the events of her mother’s life, Kaufman’s narrates a poignant story that seeks to cut through the stigmas surrounding mental disorders through much of the 20th Century and continue to linger today.

Growing up, Kaufman witnessed those stigmas both personally and professionally, which served as much of the emotional drive behind her novel.

“I was actually looking for a way to explain mental illness in my family and in myself,” Kaufman said. “I wanted to deal with the stigma of emotional illness. I wanted to show that, yes, we all have problems but we can become successful and deal with them through medication and therapy … there shouldn’t be a stigma associated with (a mental illness) any more than with a broken leg or cancer or some other disease.”

Kaufman grew up in Marinette, graduating from Marinette High School in 1960. She lived with her mother and grandmother during those years, both of whom suffered depression and anxiety, some of which stemmed from Kaufman’s alcoholic grandfather. Those experiences, and what she learned about herself, provided her the groundwork for “The Girl from Menekaunee.”

Much of the emotion and the events experienced by Catherine in the novel stem from the fictionalized retelling of experiences and stories that Kaufman learned about her own mother’s youth in Menekaunee in the 1930s and beyond. Those stories convey what it meant to be a young woman, striving to escape a home affected by mental illness, and in some way, at least in Catherine’s youth, succumbing to some of the stereotypes of weakness, or laziness or level of intelligence attached to mental disorders. It tells the subsequent struggle to attain some semblance of freedom and control from those hardships.

Kaufman notes, that while some of the primary scenes in the book actually unfolded in her mother’s life, the details leading up to those events remain a work of fiction and that all the names have been changed.

However, aside from its entertainment value and the historic perspective on Marinette, Kaufman’s book serves as an emotive testament to its readers that acknowledges the family and even generational impacts that mental health and its stigmas create.

Jody Olson, a close friend of Nancy’s and the former Director of the Peace Corps for three years (2018 to 2021), spent 55 years in the organization. She served in many places across the globe, bearing witness to a lot of horrible and historically tragic situations. However, even within those tragedies, she witnessed human resiliency and the kind of commitment that people can demonstrate to one another. Reading Kaufman’s book, she rediscovered that resiliency through the tragedies and triumphs that the book’s protagonist, Catherine experienced as she struggled through mental illness in a Midwestern small-town family.

“I learned about the strength of women even with the struggles that they have,” Olson said. “(The book) made me appreciate the strength to keep going, to keep life going, to keep kids going and resources we have (within ourselves) that we don’t know about.”

On another level for Olson, the book serves as an important conversation starter concerning the serious issues and stigmas attached to mental illness. She feels the book provides an opening to discuss some of the dysfunction that exists among families and, ultimately, a way to minimize that dysfunction and its associated stigmas.

After high school, Kaufman defied another 1960s stigma that depicted women as homemakers and housewives.

That defiance took her to the University of Wisconsin—Madison where she worked her way to a Ph.D. in the then-emerging field of learning disabilities. She continued in academia at UW-Stevens Point where she schooled other teachers on best practices for the education of children with learning disabilities such as dyslexia.

In the 1960s and 1970s, the fields of special education had yet to gain much attention and often conspired in public school systems as afterthought programs, clumping children into a single category, barely addressing the underlying issues. Kaufman noted that, like emotional illness, the indignities associated with emotional and learning issues created a great source of angst and obstacle for those children afflicted.

Those issues fueled her passions. In her last role with the University of Wisconsin system, Kaufman spent five years traveling the state to ensure that schools complied with the Free Appropriate Public Education for Students With Disabilities (FAPE), a 1973 law that guaranteed an equal opportunity for education of children with physical and emotional disabilities. Those issues continue to fuel the passions of her writing career.

Even at a young age, those that knew her in Marinette painted a picture of a young girl whose irrepressible drive powered a resiliency in the face of her own bouts with mental illness in herself.

“I remember passing her a lot in the corridor between Marinette Junior High and Senior High,” said former Marinette resident Winnie Johnson, who now lives in California. “What I remember about her is how popular and friendly she was. I didn’t know a single person that didn’t like her. And what I recall for myself is that she always said hello, she was everybody’s friend.”

A few years following high school, after a chance meeting in a parking lot at an old Marinette grocery store, Johnson and Kaufman became fast friends who, despite now living on opposite coasts of the country, speak almost every week. Johnson provided further insight into the novel’s conception.

“I knew Nancy’s honesty about her family; she was very forthcoming about what her mother’s challenges were,” Johnson said. “The book is about a family in Marinette. It characterizes small-town life and is written by somebody who really knows about mental illness.”

Kaufman explained that prior to writing “The Girl From Menekaunee,” the first scene of the book simmered for years inside her mind, linked to a story she heard about her mother that involved a clenched fist and frosted cake. But you’ll need to read the book to learn the story.

After encouragement from several friends, Kaufman started writing and she said felt like jumping into an ice-cold lake and coming out again.

“I didn’t know I was going to write a book,” she said. “But I just kept writing and all of sudden I ended up with a 520-page book.”

Over the two years working on the book, many friends, including Barry Fulton, a retired Foreign Service Officer and author of four spy novels, offered Kaufman encouragement and advice. Fulton coaxed her into taking courses in fiction writing and assisted in the technical aspects of self-publication.

“The book came out two or three months ago and I think she did a terrific job,” Fulton said. “Her heart is in every word of the book.”

Others agreed with Fulton, illustrating the passion Kaufman demonstrated in her writing process.

“I could see her excitement, I could see how it motivated her,” Olson said. “I could see that it was helping her to understand who she was and what her family is to her.”

The roots of that person began in Marinette. And while Kaufman now lives in Maryland, her connection to this city remains forever in her heart.

“I am proud to have lived in Marinette and I think I figured that out a lot during the time I was writing the book,” she said.

Copies of the book can be obtained on Amazon in hard copy or Kindle version. The Stephenson Public Library in Marinette also carries two copies, although you will likely be on a waiting list.