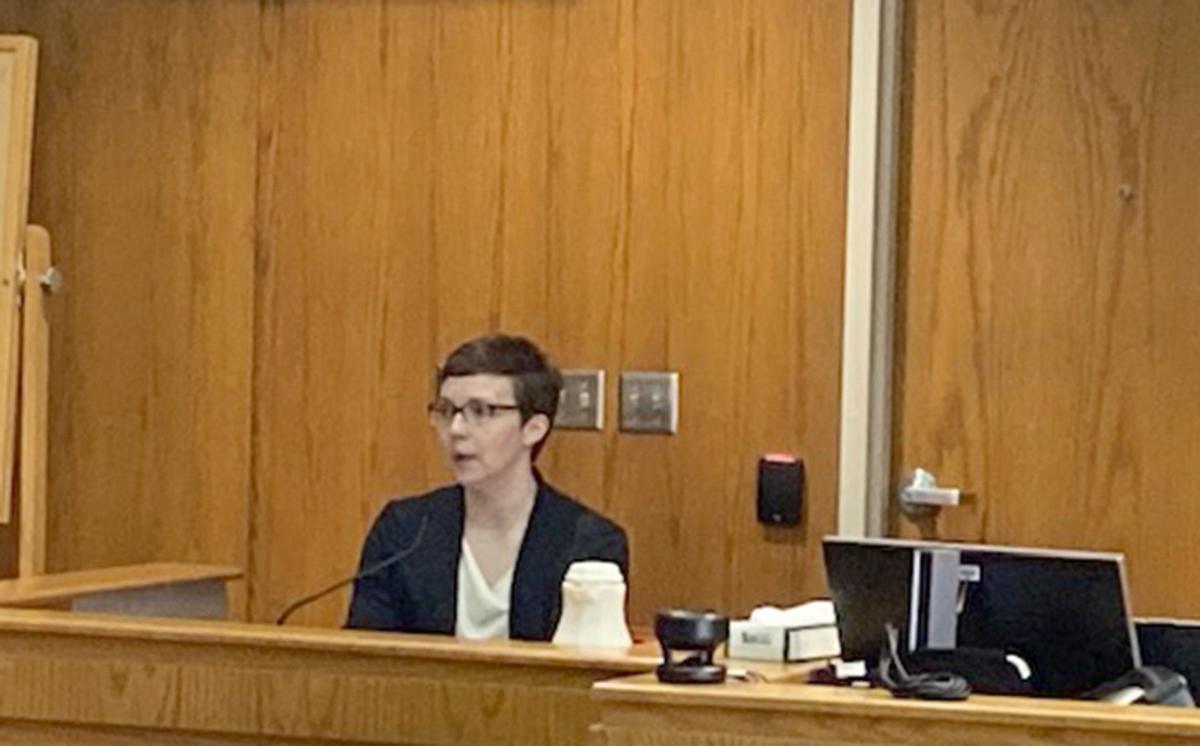 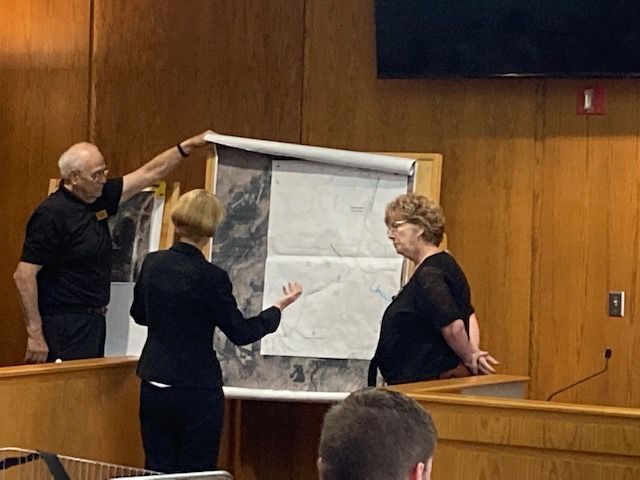 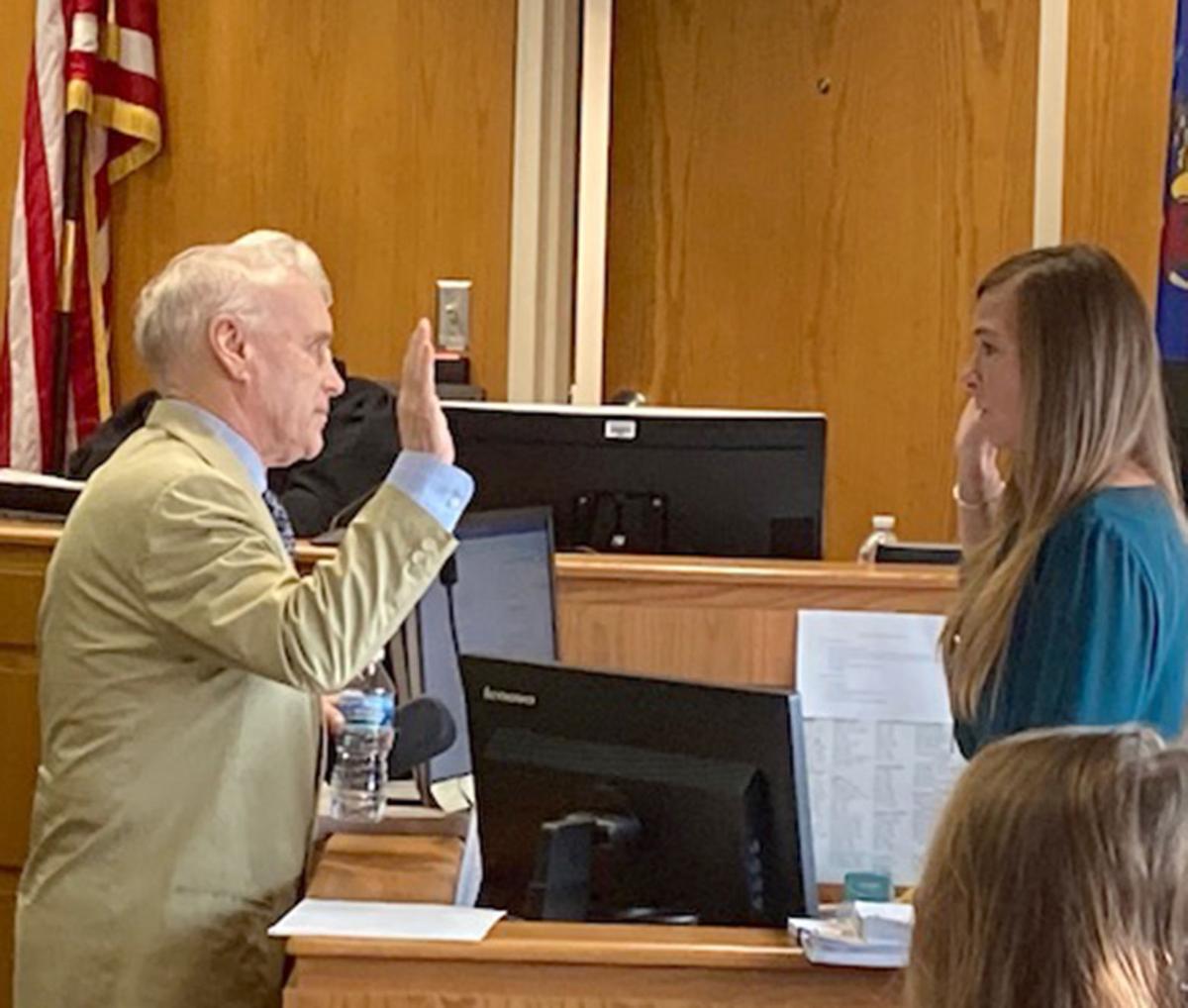 MARINETTE — An expert with the Wisconsin State Crime Lab testified this morning that DNA evidence found on the shorts of a rape/murder victim belonged to the defendant in the case.

Rebecca Bohr, a 14-year-veteran of the Crime Lab who worked her way up from analyst to advanced analyst, said she's confident the DNA belongs to Raymand Vannieuwenhoven, an 84-year-old Lakewood man charged in the July 9, 1976, double murder of a Green Bay couple who was camping at McClintock Park in the Town of Silver Cliff. David Schuldes, 25, and Ellen Matheys, 24, were shot and killed at the campground. They were engaged.

Special prosecutor Norman Gahn asked Bohr if based on her testing, and reports from her predecessors at the Crime Lab, "do you have an opinion whether the defendant is the source of the semen in the crotch area of the shorts of Ellen Matheys?"

"And what is that opinion," Gahn followed.

"He is the source of the evidence profile," Bohr replied.

Earlier in her testimony, Bohr explained how the Crime Lab uses statistics in regard to how rare or common a DNA evidence profile might be.

Bohr said because of advances in DNA technology, she requested Matheys' shorts be sent to the Crime Lab for re-testing since they were tested in 1995. This enabled her to develop an updated DNA profile using the improved technology, she said.

When formulating a DNA profile of Vannieuwenhoven, Bohr said she used DNA gathered from an envelope licked by the defendant and a buccal swab taken from the inside of his cheek. On March 14, 2019, she filed her report stating Vannieuwenhoven's DNA matched that of the evidence sample. The defendant was arrested a week later.

Huempfner, who works for the Department of Health Service in Idaho, said he looked at his friend after the first shot and told him it sounded like a rifle shot. He said they heard a second shot a few minutes later and that both came from the direction of the campground.

Mark Williams, another special prosecutor, asked Huempfner what the men thought of the shots.

"Mr. Williams, it's northern Wisconsin, people hunt out of season up there, it happens quite a bit," Huempfner said. "It wasn't too big of a deal. If you know anything about hunting up there, it's just part of what everybody does. Just because it was out of season, doesn't mean that they weren't shooting deer."

Huempfner also said the men saw a man walking down the road carrying a rifle in his left hand. He described the man as 5-foot-11 to 6-feet tall, with medium-length brown or dark hair and a light mustache. He said they also saw a vehicle, possibly a late 1960s Plymouth, parked on a nearby old logging trail.

Later, Denise Jackett, one of Vannieuwenhoven's daughters, testified that her father was 5-foot-5 and was always clean-shaven with short hair. She said she never heard of McClintock Park until recently.

Closing arguments are set for Tuesday morning. Marinette County District Attorney DeShea Morrow will handle that duty for the state, while Lee Schuchart will present the argument for the defense. Schuchart and his law partner Travis Crowell lead the defense team.

Judge Jim Morrison will then provide jury instructions before jurors begin deliberation. The jury is comprised of nine women and five men, but two alternates will be dismissed before deliberations commence.

The first week is complete in the double murder trial of Raymand Vannieuwenhoven. The 84-year-old man is accused of the brutal 1976 murders of two people at a Marinette County campground. A Marinette County Sheriff's Office detective testified Thursday as to how he was able to gather DNA from the suspect.