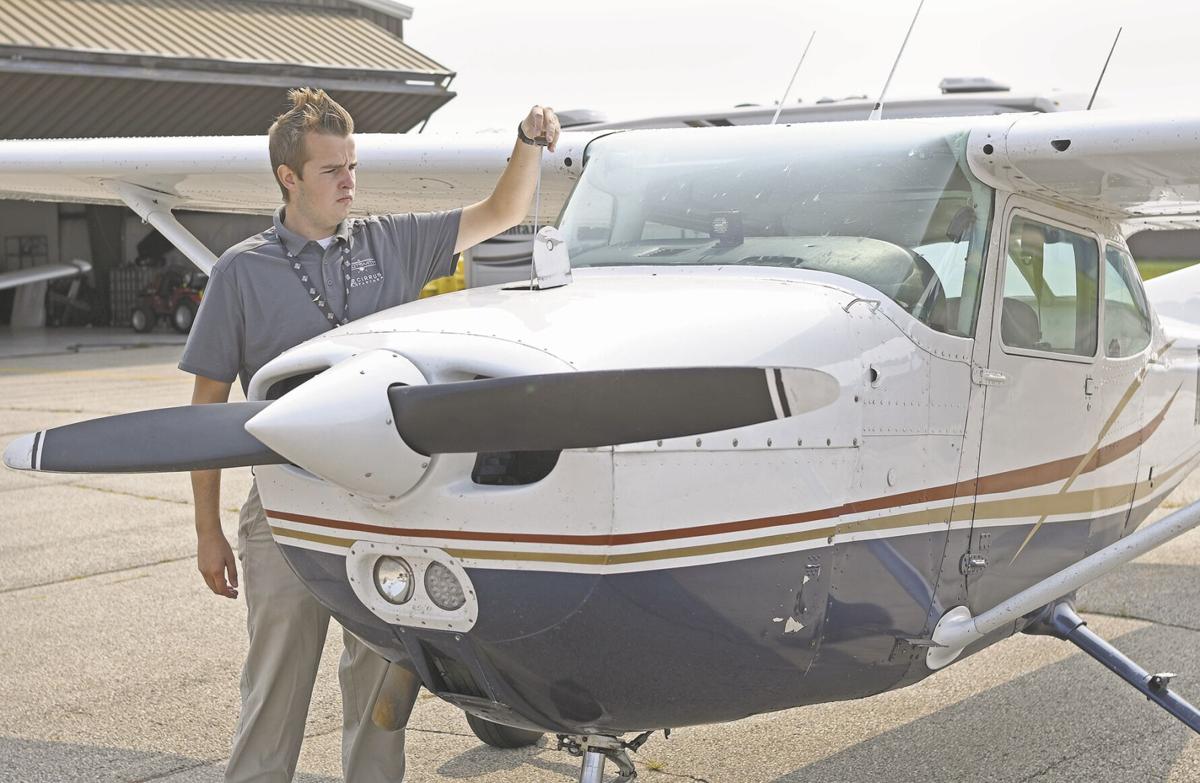 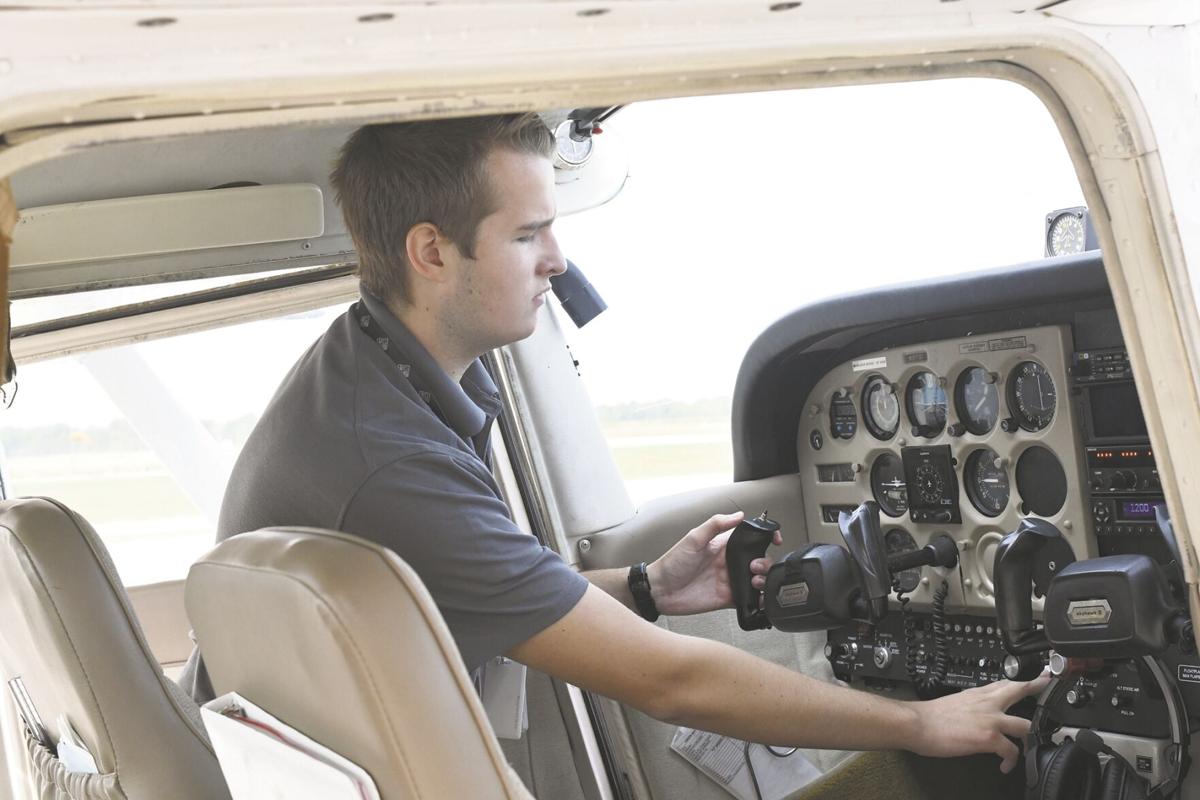 MENOMINEE — The Menominee Regional Airport now offers flight instruction to those interested in learning to become a pilot.

The Pilotsmith Flight School, based in Green Bay, recently signed an operation agreement with Menominee County and has an instructor on location.

Tyler Fewins, a Marinette native, has been instructing aviation at Menominee Regional Airport for a few months. Having recently graduated from the University of North Dakota; he said he happy to be back home in the area.

“It’s not that I didn’t enjoy my time in North Dakota, but I really wanted to come back and I had the opportunity to teach here in Menominee,” he said.

Currently, the Pilotsmith Flight School has about four students at the Menominee Regional Airport but is looking to continue to grow and take on students.

Through Pilotsmith, students learn how to fly on the Cessna 152, also known as the Skyhawk, which Fewins said is the most-produced airplane in the world and a “very forgiving” plane to learn how to fly with.

No previous experience is required, nor is there an age limit to begin lessons. However, you must be 16-years-old to fly solo and 17 to obtain your private pilot certificate.

Fewins himself began flying when he was 11-years-old.

“Ever since I was about 5-years-old, I wanted to be in the air and I had the opportunity to take a lesson when I was 11 and after that first flight, I knew I wanted to continue doing this,” Fewins said. “I wasn’t sure how, because I was only 11 at time, but I knew this was what I wanted to do.”

Fewins continued his lessons and received his private plane certification at the age of 17.

However, not everyone is sure if aviation is the path they wish to take. The Pilotsmith Flight School also provides a “Discovery Flight” option, which is a one-time, 30-minute flight with no obligations to continue with classes.

“I would recommend anyone who has ever had even a little bit of interest in flying to try it out,” Fewins said. “You’ll probably know within the first 30 seconds after liftoff if this is for you or not.”

Obtaining your private pilot certificate is an expensive endeavor, Fewins said, but it’s worth the trouble in the end.

He said obtaining the private operators’ certificate, the license to fly private planes, only costs about $10,000 but it never expires.

Aviation, Fewins said, can be just a hobby or the stepping stones to a new career path. Many people trained in the Pilotsmith program also eventually become instructors with the program itself, he said.

He said, overall, to go through the entire training is the equivalent to a four-year university college tuition in cost.

For those who are interested in an aviation career further down their path, Pilotsmith is also patterned with Utah Valley University and instruction at Menominee Regional Airport can count for college credit.

However, one does not always need a proper college degree to work commercially at regional airlines and other smaller pilot positions.

Even with COVID-19, the aviation industry offers some lucrative employment opportunities, including the aerial tourist industry, aerial application, such as crop dusting and business aviation.

“Some people just start instructing and find it’s a really fun job,” he said. The chief instructor in Green Bay has been doing it for 30 plus years, because he enjoys it so much, Fewins added.