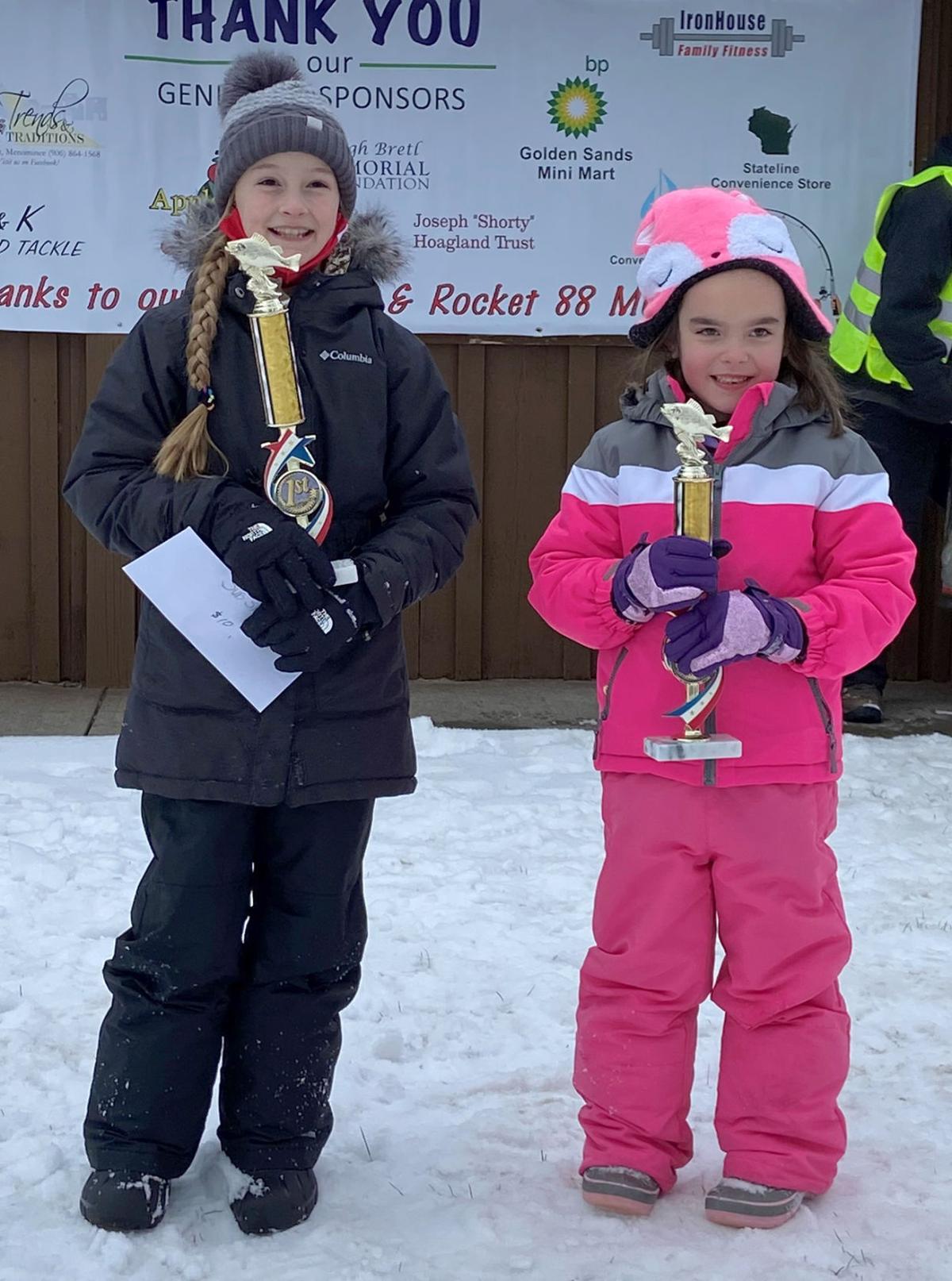 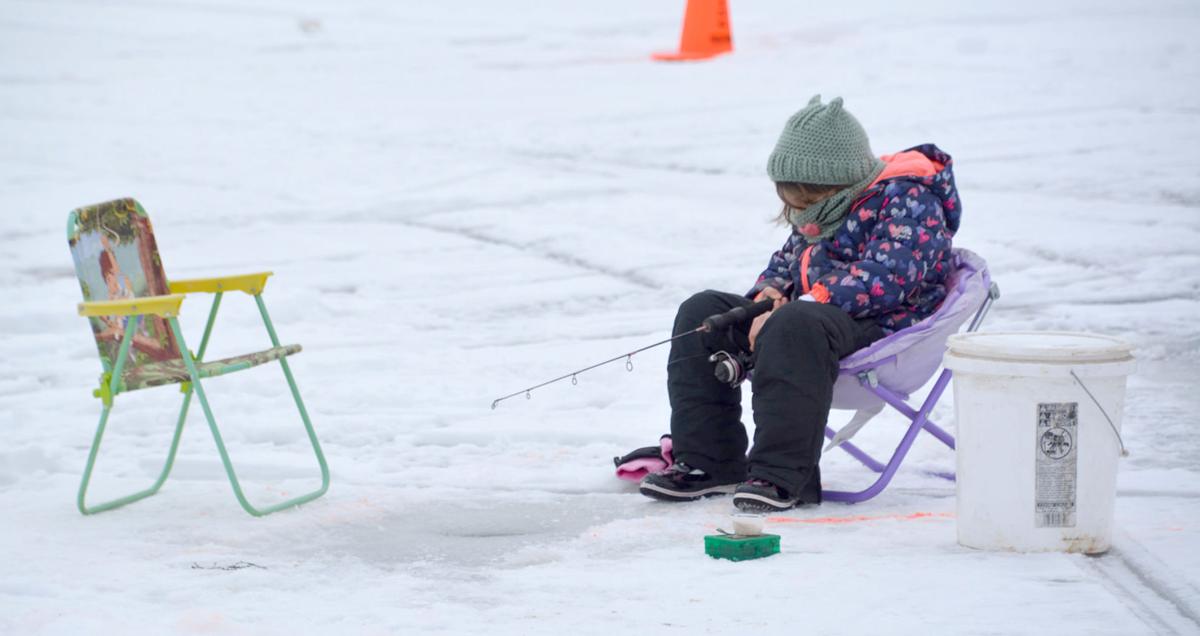 A lone fishergirl waits for a bite Saturday at the first-ever CTC/HYC Ice Fishing Derby at Red Arrow Park.

A lone fishergirl waits for a bite Saturday at the first-ever CTC/HYC Ice Fishing Derby at Red Arrow Park.

MARINETTE—The first-ever Communities That Care/Healthy Youth Coalition Ice Fishing Derby held at Red Arrow Park in Marinette went off without a hitch on Saturday, and the turnout blew away expectations.

Patrol Lt. and HYC volunteer Joe Nault had the idea for the fishing derby as a safe way for youths to get outside amid the COVID-19 pandemic, and the 100 pre-drilled holes filled up much faster than anyone could have expected.

“I think next year we’ll have to have more holes because there was a lot of people that tried to register when we were all filled up already,” Nault said. “The community response to this was amazing. There was a lot of smiles and happy faces all day.”

While a lot of fun was had throughout the day, the fishing unfortunately was slow as only two fish were reeled in.

Brielle Polzin won the 0-7 age group and Anna Ferdon was the winner of the 8-14 group as each girl hauled in one fish to take home the trophy.

When the derby ended and it was time to wait for the weigh-ins, the kids spent their time playing around on the playground and enjoying food provided by Applejacks.

“Even though the fishing was slow it was a great venue with the playground and just a lot of open space for the kids to play around,” Nault said. “We were fortunate to get some great weather too so it really was a very successful day.”

All told, the fishing derby raised about $4,000 thanks to bucket raffles with prizes contributed by a number of area businesses. All proceeds will go directly back to HYC and CTC.

“So many people stepped up to the plate for this,” Nault said. “I reached out to a few places, but eventually I had people reaching out to me to see what they could do. It was really neat to see the communities coming together in a tough time like this.”

With the success of the first derby, there will almost certainly be another and it wouldn’t be possible without the help from Ironhouse Gym, MJB Signs, Applejacks, Trends & Traditions, Hugh Bretl Memorial Foundation, Joseph “Shorty” Hoagland Trust/Farmers & Merchants Bank and A&K Bait & Tackle, which ran the weigh stations and provided all of the bait for the tournament.

“None of this would have been possible without the sponsors and all those who donated,” Nault said. “Hopefully the next time we do this we can grow it even bigger and it keeps getting better and better in the future.”