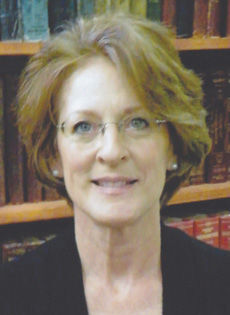 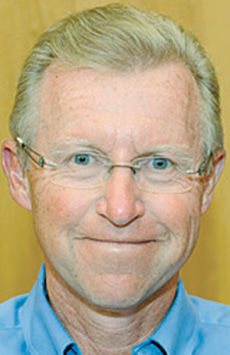 The committee Thursday dealt with the first issue, that of finding an interim city manager, who will be directly responsible for the second issue—that of choosing a member of the Marihuana Establishments and Selection Committee.

Regarding the interim city manager, Councilmember and committee chairman Bill Plemel said that Police Chief Brett Botbyl has previously shown interest in the position. He suggested that the chief might be interested in the interim post.

Councilmember Frank Pohlmann made a motion to have Mayor Jean Stegeman meet with Botbyl and gauge his interest in the job. Former City Manager Tony Graff resigned July 6.

Once an interim city manager is chosen, it will be up to that person to choose a member of the marijuana selection committee.

The JL/PL Committee decided last month to recommend the city council appoint a new marijuana establishment selection committee and score the existing applications using the current ordinance and rubric, and conduct their deliberations in public meetings. The council will meet tonight.

Stegeman asked if the fire chief (Mark Petersen) could join the police chief (Botbyl) and the city engineer (Tricia Alwin) on the selection panel. She explained that all members of the committee must hold administrative positions.

City Attorney Mike Celello agreed with Pohlmann in that the interim city manager should appoint the third member of the selection committee, as stated in an ordinance.

Plemel said that all members of the council are receiving constant information from entities hoping to land marijuana licenses in Menominee. “I just think that sooner or later that we’re going to have to have a committee of the whole meeting on this thing so that everybody has a chance to be heard,” he said.

“We’re talking about multi-million dollar projects. There’s enough things in all the letters (from marijuana growers and distributors) that I feel we should take a solid look at this. The city attorney does not agree with me.”

“Neither does the mayor,” Stegeman said. “We worked on this, not carelessly. The city manager and the city attorney talked to many other people. We didn’t just try to create this ourselves. We worked on this for nine months.

Stegeman said it would be a mistake to try and redo something that was done properly.

She asked the city attorney for his opinion.

“By changing the rules now, that’s something that will open to potential challenges,” Celello said. “Right now, where it sits, the process you have now is defendable. The way it’s scored is subjective. Subjective input is a necessary part of policymaking.”

He said those who disagree with the scoring can make their arguments to the people doing the scoring.

“We’re hearing a lot of noise because there’s a lot at stake,” Celello said. “You’re not the first council to hear that and you certainly are not going to be the last.”

Pohlmann said if there were flaws in the process, everything will be sorted out in open session by the selection committee.

“If there are some blatant mistakes—and there might be, I don’t know—then every applicant will have the opportunity to be heard,” he said. “And those mistakes will be corrected.”

He said councilmembers are receiving daily communication from those who have been unsuccessful.

The mayor said she agrees with Pohlmann. “I’m adamantly opposed to prying the lid off of this and let the wild west and free marketplace sort itself out.”

Some 28 entities have gone through the application process and there was some confusion on the way the rubric was structured, particularly in regards to the value and understanding of the questions asked and what kind of investment the city was looking for from them.

Graff, before he resigned, had recommended to remove the restrictions on the number of licenses available to applicants. “By doing that, you don’t need a scoring rubric,” he said at the time.

Celello said that action could lead to some major challenges.