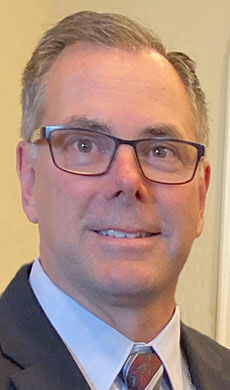 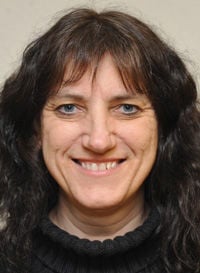 MARINETTE—Arguably, one of the most critical flywheels powering the effective churn of a functional and prosperous city begins on paper—and with a calculator.

From a city’s capacity to fight fires to its efficiency at clearing the winter white after a big blizzard, it all begins by confronting what many might perceive as an insurmountable list of countless mind-muddling numbers.

It begins with budgeting.

MARINETTE IN THE “BLACK”

And falling in line with the recent trend, the City of Marinette finished out 2020 “to the good,” by $314,000 according to the preliminary financial statement provided by auditors after their annual audit in March. Staying above that red line of a negative balance bolsters a municipality’s rating when it comes to borrowing money. It can impact a city’s credit risk analysis by rating an agency’s such as Moody’s Corporation, a leading company in the performance of economic research and data analysis. Higher ratings on Moody’s Rating scale hint at greater capacity for an entity to repay various financial obligations.

Similar to the net income of a business, that $314,000 represents funds leftover and available for reallocation on projects or operations for the next year.

“We didn’t end up in the hole—‘in in the red’—we ended up in the black,” said City Finance Director Jackie Miller. “That $314,000 goes into the fund balance … and typically we earmark that money for capital outlay projects that weren’t funded in the previous year.”

In crediting that success, Miller recognized the cohesive communication that exists among the various city departments like fire, police, recreation, public works and others.

“(Each department) is very diligent at managing its budget,” Miller said. “They all work very well with each other and are very mindful of their expenses. We’ve got a really good team here (in Marinette) as far as I am concerned.”

Each year, she works with city department heads, providing them budgetary advice and templates based on previous years. Those templates include the basics like payroll and salary and other operational expenses. They also include larger items categorized as big-ticket, capital outlay projects. The finance committee reviews those budgets for potential revisions before sending them through to the Common Council for a “yay” or “nay” vote.

“We have maintained a good fund balance,” said Mayor Steve Genisot. “We have remained strong and that allows us to go and borrow money at a good price.”

The city department responsible for maintaining the safety and security of Marinette residents can attest to the critical nature of efficient budgeting. For the Marinette Police Department (MPD), the unpredictable nature of maintaining public safety, arriving first at the scene of ongoing criminal activity, a car accident or other law enforcement emergencies, sometimes results in unforeseen consequences and the necessity to revisit the department’s budget.

“(Miller’s) input is critical in every way shape or form in trying to prepare a budget for an upcoming year and trying to stay within that budget,” said MPD Chief John Mabry.

When MPD needs to stretch the dollar a bit further to cover those extra but necessary expenses, Mabry pointed out that the finance director is an invaluable resource.

“Where she really shines is when we run into that unforeseen thing,” he said. “Budgeting is her strength and not mine and she helps me stay in bounds. When we have a need ... she is very good at letting us know if it possible or advisable.” (see “Accounting 101: By the book, from the heart”)

According to Miller, for the last six or seven years, the city puts back approximately $300,000 on average into the general fund. Completed by auditors from KerberRose Certified Public Accountants, this year’s audit replicated that trend.

Completed in March, the audit embodies no easy task. In January, the Finance Department embarked on its annual combing through upwards of 95 pages of accounting numbers, reconciling 30 different bank accounts, then analyzing checking and rechecking that every digit, decimal place and mathematical operation comprised an accurate accounting of the city’s multitude of financial interactions.

And then, the auditors arrive, asserting further verification and financial oversight.

That careful examination of priorities followed by the fastidious preparation and execution of a working and balanced city budget requires scrupulous attention to the numbers; numbers that will be checked and rechecked by various colleagues and oversight officials.

“The audit goes in-depth of all the financing and accounting practices in the city,” Genisot said Mayor. “And this year, as in prior years has been very thorough and very detailed and the preliminary results are that the audit went very well.”

According to Genisot, the city undergoes many single audits because it receives grants and conducts other financial activities and interactions for which oversight is required. Moreover, those various activities introduce additional complexity into audit preparation.

For example, ensuring oversight of the various grants the city receives, such as the $29 million Harbor Assistant Program (HAP) grant for expansion projects occurring at Marinette. In 2019, the HAP grant served as Marinette pass-through grant to Marinette Marine Corporation specifically to cover the cost for a device called a “syncrolift.” The lift is used for lowering ships gently into the water and, when complete will replace the dramatic side launch of new ships into the Menominee River.

Because that money represented “restricted funds for a specific use,” the process of accounting for the details and paperwork involves intricate oversight that only adds to the audit preparation process.

“The city has been able to fund a lot of capital requests as well as those extra requests that came up later in the year,” said Council President Dorothy Kowalski, further underscoring the diligence of the Finance Department. “It’s allowed the city to do some more things, financially.”

Tentatively in May, the auditors plan to give a full presentation to the Common Council over the audit’s final results and Genisot feels optimistic.

“The finance department is doing their job and doing a good job to make sure that the city finances are being maintained properly, efficiently and remain financially stable and solvent,” he said.