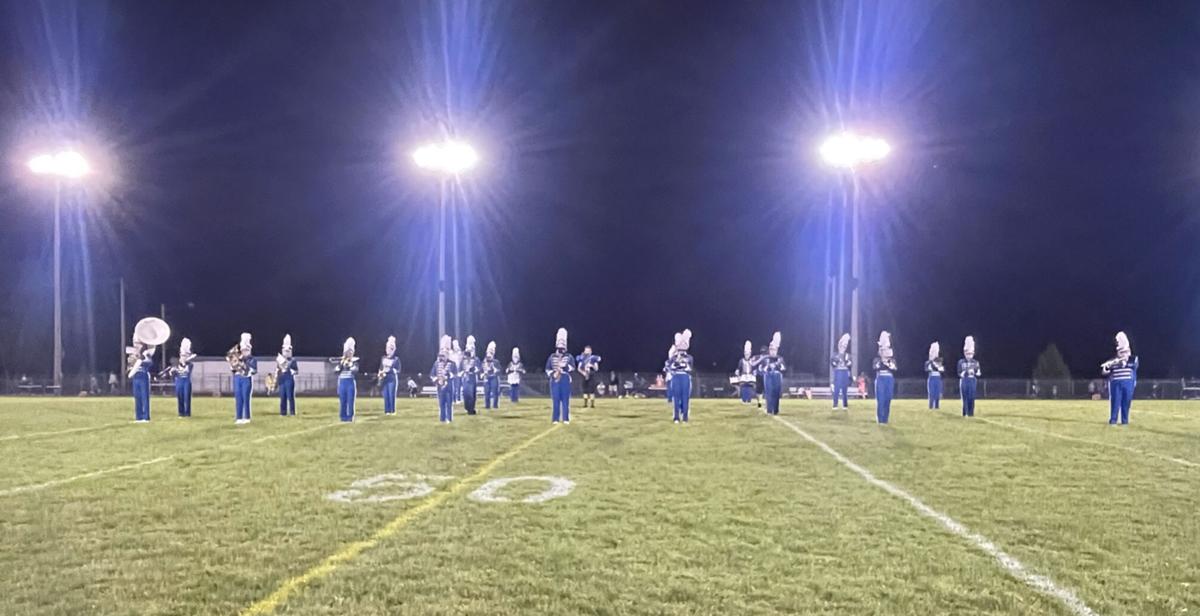 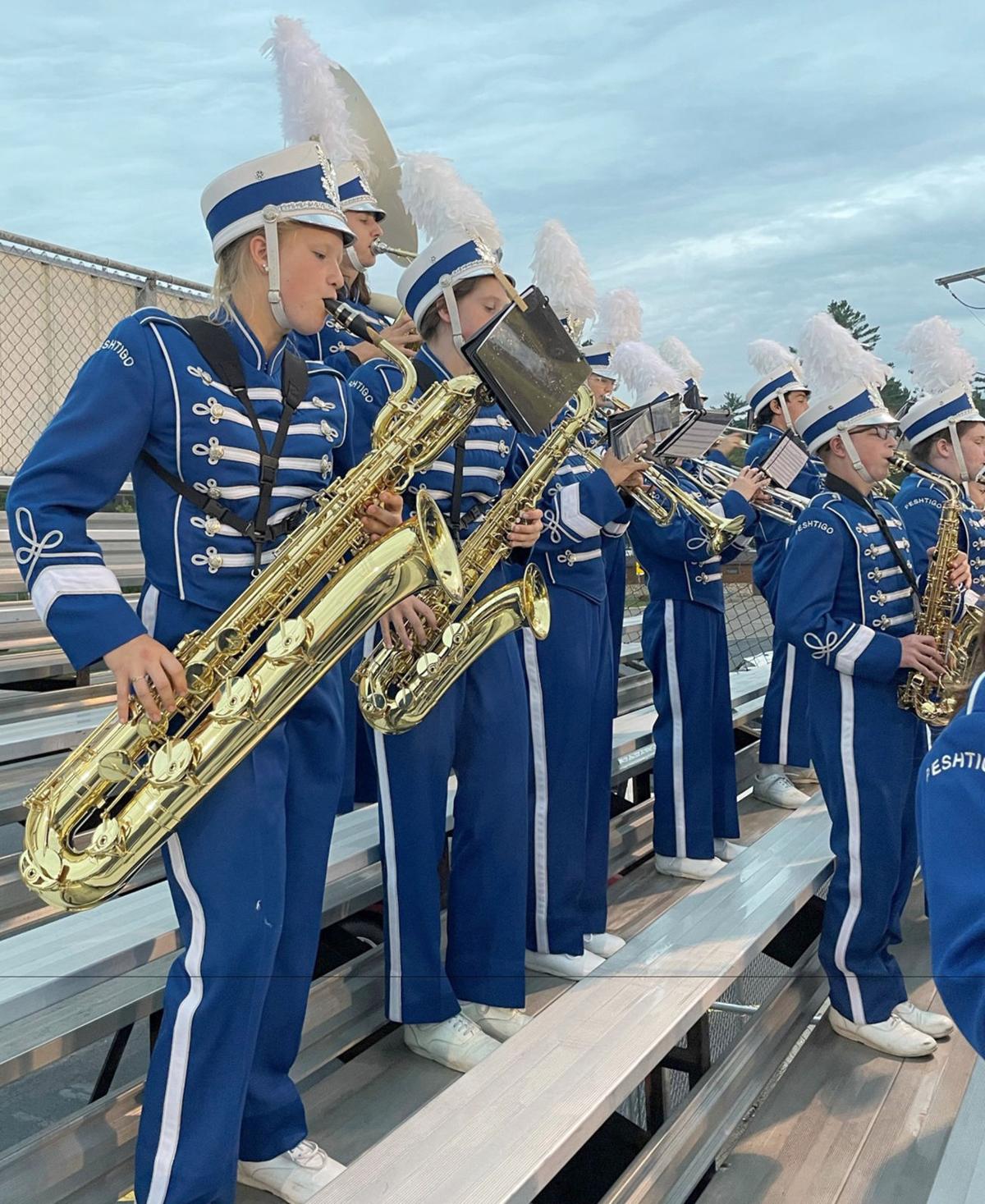 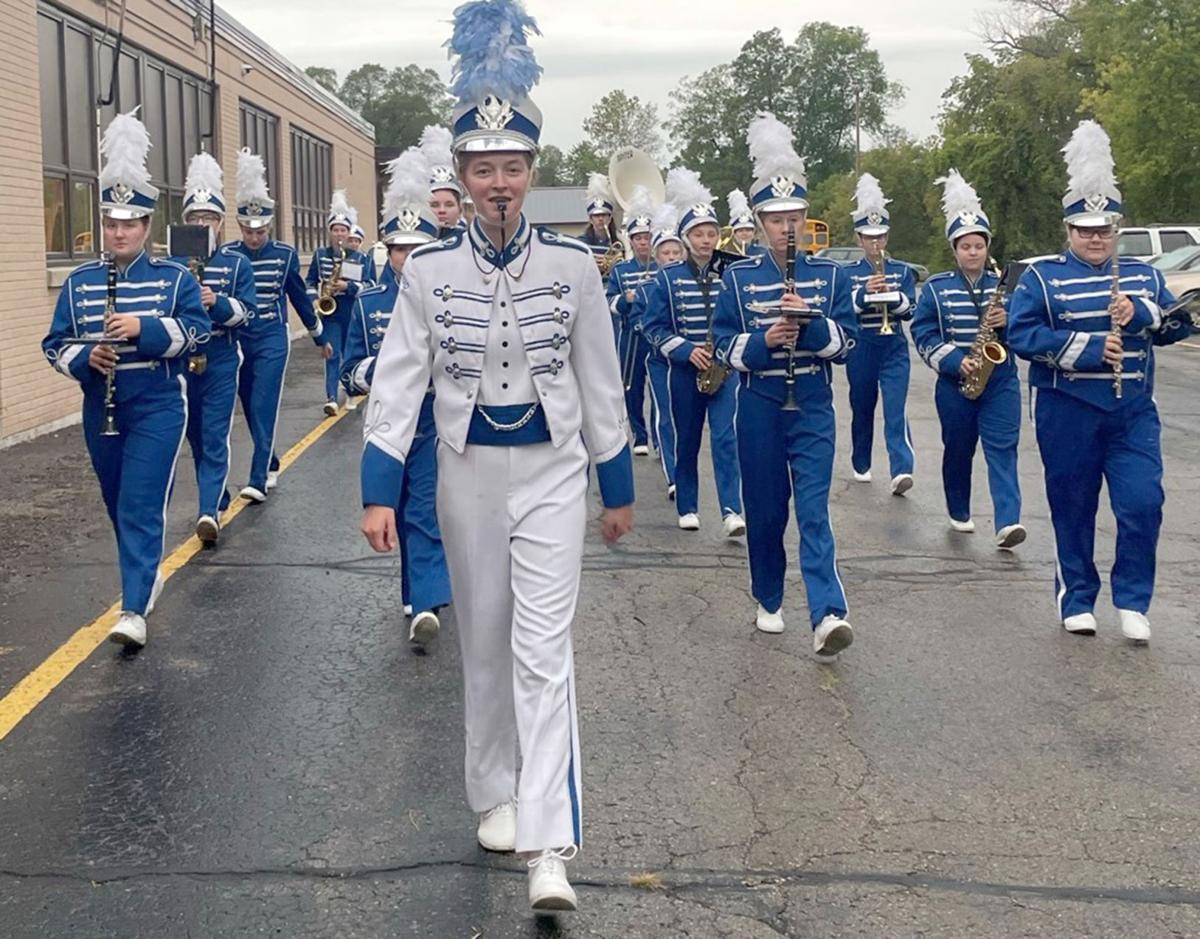 By Special to the EagleHerald

The halftime theme for this year is dance, including “Shut up and Dance” by Walk the Moon and “Thriller” by Micheal Jackson. Peshtigo hosted a band camp in early August that was a week in length, which pushed students to rehearse at least five hours per day. About 30 kids attended all week, according to Fried.

“We started the week reviewing marching basics, things like how to march, how to stand, and how to play your instrument while marching,” she said.

Junior Lauren Halfmann states, “It was a ton of fun. In the halftime show, I will conduct the band...and I’m super excited. I’ve never done anything like this before, but I really like it. I am ready and excited to show people what we have been working on.

Freshman Colin Murphy plays the saxophone and he said, “I love it when we get to play fun music. I’m very ready and excited to play.”

Fried encourages everyone to join the band. She explains that students learn important life skills and traits for success, while still allowing an outlet for creativity.

“Band encompasses all subjects in one class,” she explained. “We practice reading when reading the notes. We learn history as we learn about the composers. We use math in learning rhythms and patterns. It helps develop fine motor skills. You learn time management, discipline, study skills, goal setting and patience. By being in a band you learn how to be part of a team while still being responsible as an individual.”

Fried adds that music class is an opportunity to see “the side of students you don’t necessarily see in core academic classes.”

Several students love being a part of the Peshtigo High School Band. Junior Beverly Bloch said, “Band can improve many skills like efficiency in math and reading. It can also provide a comfortable place for you to destress as well as a place to collaborate with friends through music.”

Sophomore Anneliese Koch says playing “is something that I look forward to everyday. Just the sound of everyone playing together gives me goosebumps.”

Junior Lauren Halfmann thinks “it is a unique experience to make music instead of just listening to it. Being able to read music is so good for your brain, and it’s fun.

“There is no greater feeling in the world than the moment after a performance, knowing that you nailed something you couldn’t do a couple months earlier!”

Later on in October the Peshtigo High School band will be performing a concert. Later they will perform in several parades. Students will also have the opportunity to showcase performances in Solo and Ensemble competitions.

“What I love most about teaching is watching students grow,” Fried said. “We’re hitting the ground running. I’m really excited to see where this year takes us.”

Student Colin Murphy adds “Others should join band class because it’s a lot of fun.”