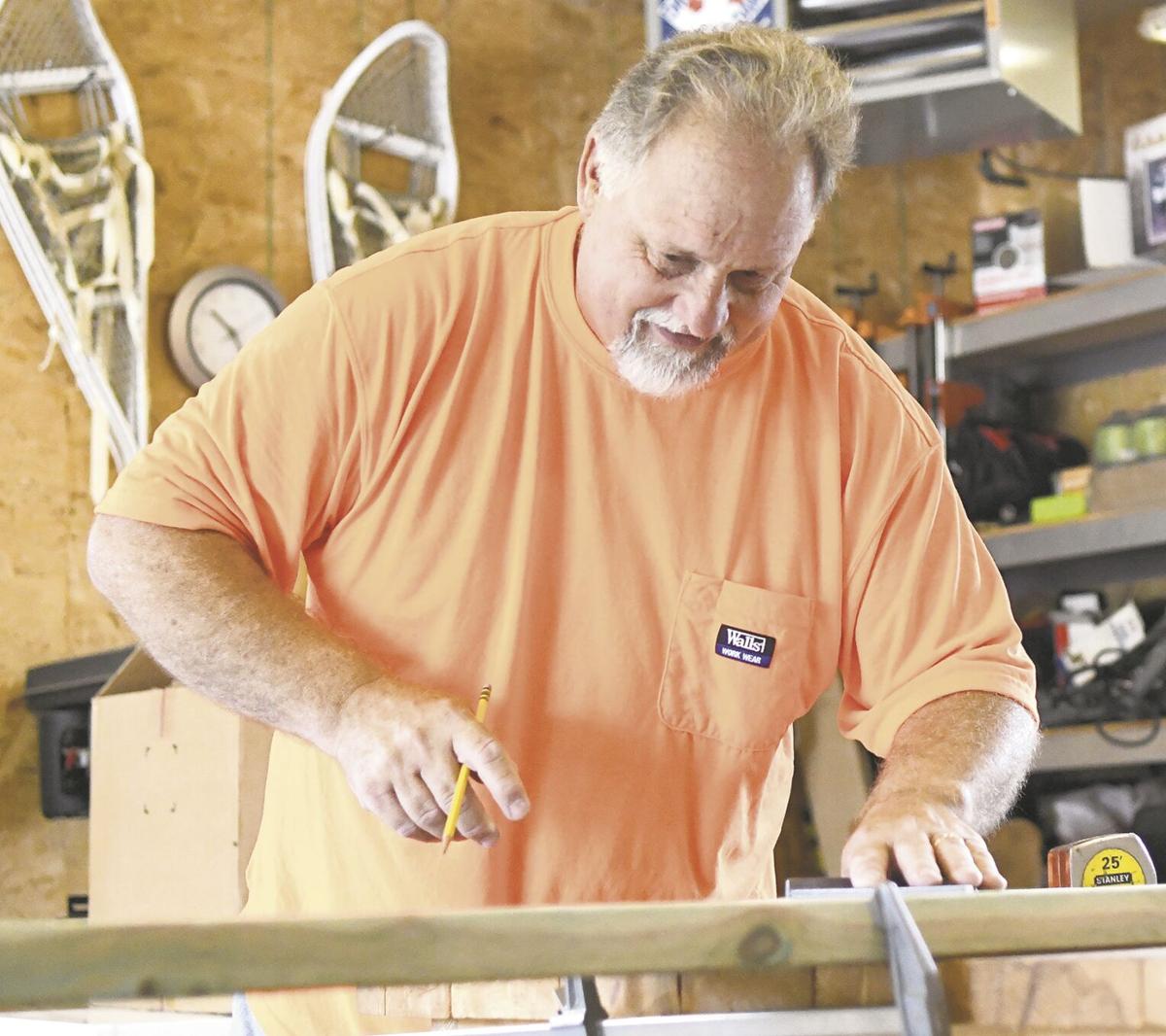 Judge David Miron cuts lumber for his son-in-laws tree stand inside his shop at his home in Crivitz, a place where he will be spending a lot more time. 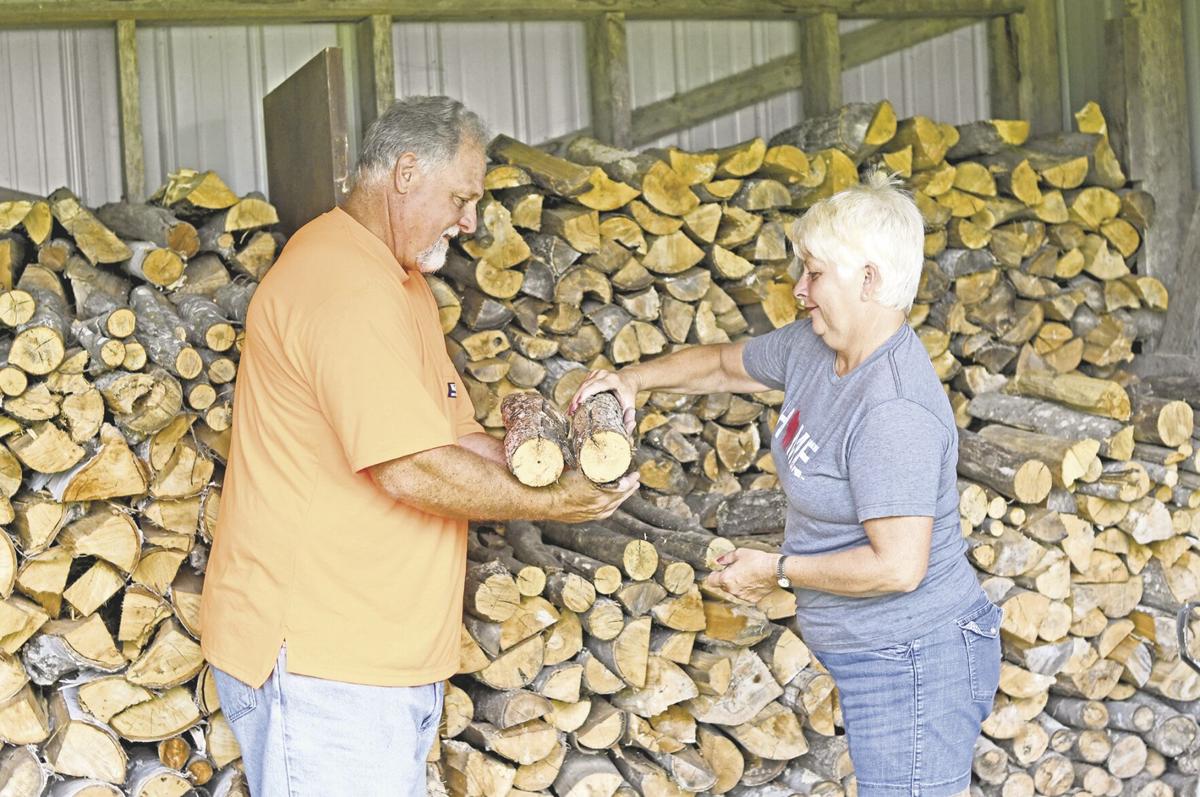 Judge David Miron cuts lumber for his son-in-laws tree stand inside his shop at his home in Crivitz, a place where he will be spending a lot more time.

MARINETTE — Dave Miron recalls sitting in Applebee’s in Marinette last year with his wife, Julie, when a young woman calmly approached their table and asked if he was Judge Miron.

Miron said the woman responded, “I don’t know if you remember me, but you sent me to prison and that was the best thing that you could have done for me.”

A similar experience happened at an out-of-town wedding. This time a burly bouncer relayed the same type of story.

“It’s happened quite a few times,” Miron said, “and when you hear that, it makes it worthwhile.”

“I figured it’s time,” he said. “Let somebody else take over — someone with a fresh perspective perhaps.”

Jane Sequin has replaced Miron and he has stated publicly the court is in great hands.

He gives his father credit for his pursuit in the legal profession.

“It starts out with my dad,” Miron said. “I came to the courthouse with him when I was about 7 (years old). He was a big influence on me as far as wanting to be a lawyer. I always felt that if I could be half as good a lawyer as he was I’d really be doing a pretty good job.”

Chuck Heath, who served as Branch 1 judge for nearly 25 years prior to Miron’s appointment, said Miron had his support from the beginning.

“I heartily endorsed him when he was appointed because I knew he would do a good job,” Heath said, adding that Miron had showed his talent while serving as DA and it carried over into his time on the bench.

“He had patience, the ability to think and listen and (the ability to) hear both sides of a story,” Heath said. “He doesn’t rush to judgement. He gives it a thorough analysis before making a decision.”

Miron’s colleague in circuit court, Branch 2 Judge Jim Morrison, has worked with Miron for several years as judge, but has known him much longer.

“Judge Miron was district attorney for 10 years and judge for 20 — that in of itself is a remarkable accomplishment,” he said. “He was very smart. He was very consistent. You always knew with Judge Miron you were going to get a well-reasoned decision. You might not always like it — I remember as a lawyer, sometimes I didn’t like it — but I can predict what it was going to be because he followed the rules. He was very knowledgeable.”

Morrison said that consistency is very important in a judge.

“You’re going to get the same decision regardless of what he had for breakfast,” he said.

Miron said he views the ability to listen and the ability to adapt as exceptional qualities in a judge. He said in his 20 years on the bench, he aimed for consistency.

“I’ve always tried to be very thorough in how I take a plea and I don’t think I changed at all,” he said. “I follow the same format, I haven’t cut corners on that. I’ve wanted to make sure that all the bases were covered. That’s basically stayed the same.”

He said the one aspect of the job he’s done differently from day one is relying more on the expertise of attorneys.

“They are very good at what they do and they know their area of the law,” Miron said. “When I started, coming from the DA’s office, I always wanted to make sure I was presenting the correct law to the judge. It took me awhile to get out of that (way of thinking).

“I don’t have to go out there and reinvent anything or find some law that they don’t know about because they know it all. After awhile you realize. ‘I’m no longer the advocate. I’m the judge and I can rely on this information.’”

Miron said he also had to realize that as judge, he is not going to know everything about a case because lawyers don’t have to disclose everything.

Miron said he always tried to keep his cool in the courtroom and, if needed, he would call a 10-minute recess. There is one tool on his bench that he never had to use.

“I have a gavel, like most judges have a gavel,” he said. “I’ve never used my gavel. I never so much have tapped it. I think people realize that I can control that courtroom with my voice and that has always been fine. It’s been enough.”

While there is a mountain of responsibility in determining sentences for those convicted, Miron said he never viewed it as pressure.

“I always felt that I made the best decision,” he said. “Were they always right? I know I’ve been appealed and reversed a few times, but it happens. Somebody sees something different than what I did. There’s lots of people looking over my shoulder — the Court of Appeals, the (state) Supreme Court and the U.S. Supreme Court.”

Miron said a few years ago he had a talk with a new judge from Kewaunee County.

“He was so afraid of sending somebody to prison,” he recalled. “I told him, ‘You don’t have to be afraid of that. By the time they’re going to prison they deserve to go to prison.’ Prison is not going to be our first choice for people.”

He recalled a case a few years ago where a man in his 20s was drunk and doing some reckless maneuvers with his vehicle when it struck another car, killing a 13-year-old male passenger.

“I didn’t have any problem with that (sentencing),” Miron said. “I didn’t lose any sleep over it. Obviously, I made sure I was doing the right thing. But when you think about it, there was this young man, 13 years old, who no longer has his life. His family is not ever going to see him again.

“OWI (operating while intoxicated) cases with homicide are terrible. It’s not a situation where somebody intended to go out and kill somebody.”

“Just a horrendous set of facts,” Miron said. “You shoot somebody and then shove a stick down their throat. What the hell kind of conduct is that. It’s just terrible.”

And judges definitely take their work home with them, even if they are confident in their decisions.

“I take it home and think about a lot of things, there is just no way around it,” Miron explained. “I can remember sitting in the deer stand and just thinking about all the things that are going on. Whenever you have quiet time, it’s not quiet, because you’re thinking about all of the different cases that you have going on. You can’t just shut it off and leave it here. That would be nice.”

Miron said what he will most about the job is the countless people he has known through the years, from courthouse employees to police officers. His longtime court reporter, Rhonda Menor, retired a few months ago. They worked together for nearly all of Miron’s tenure.

“You talk about luck,” he said of Menor. “First of all, she was just such a great person, let alone such a great court reporter. She’s at the top of the scale when it comes to someone who knows her business and her job. I was very lucky to have her with me for all those years.”

Miron said in his retirement, he and Julie will have plenty to do. They reside on 40 acres near Crivitz and they have a camp in Florence County.

He said he enjoys making outdoor furniture, hunting, riding the ATV, driving the pontoon boat and spending time with their five grandsons, ages 5 to 15.

“I have no plans on leaving the area,” Miron said. “I don’t mind the change of seasons.”

He said while he and Julie are not big travelers, the COVID-19 pandemic has put any such plans on hold.

“There is no way that I expected this is how my career was going to end up,” he said referring to the pandemic. “I had a jury trial in March. I never thought that would be my last one.”

Miron credits his wife with supporting his dreams way back in law school when they had two young children early in their marriage.

“She stuck by me, we never talked about getting a job and doing other things,” he said. “Her support has been fantastic. We both realized that me getting through the college education first and then the law degree was very important to our family. She knew it was important to me.

“We did it as a team. We’ve always done everything as a team.”

Heath, the former judge, has enjoyed retirement going on 20 years. He offered a bit of advice for Miron.

“Stay busy doing something you love doing,” he said. “It wasn’t hard for me to let go because I’ve found something I love doing even more.”

Heath has been a tournament golf rules official for the last 20 years.

It’s not likely you will see Miron on a golf course — but he may be found on an ATV trail, a pontoon boat, a deer stand ...

“I love being outdoors,” he said.