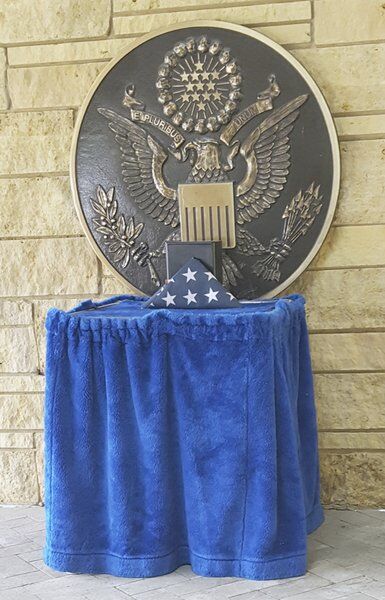 A flag and the ashes of Edward Kowalczyk rest on a podium at a ceremony Labor Day weekend in Elwood, Illinois. The military memorial ceremony was for Edward and his wife, Mary Jane, both Marine Corps. veterans. They are the grandparents of Melissa Kowalczyk of the EagleHerald. 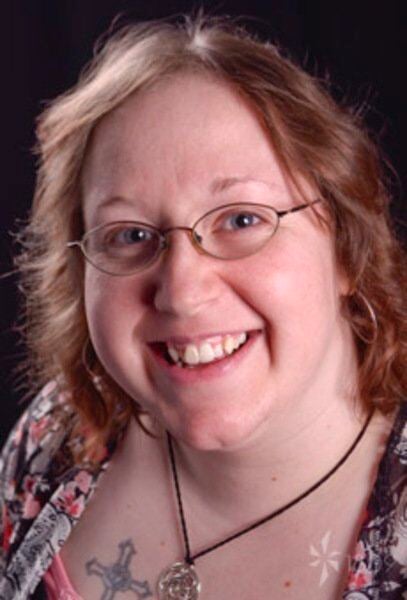 A flag and the ashes of Edward Kowalczyk rest on a podium at a ceremony Labor Day weekend in Elwood, Illinois. The military memorial ceremony was for Edward and his wife, Mary Jane, both Marine Corps. veterans. They are the grandparents of Melissa Kowalczyk of the EagleHerald.

I could go on and on about my grandparents and their time in the Marine Corps, including how they met while stationed at Norfolk, Virginia. Or even how my grandpa would proudly bring out his scrapbook of photos from when he was in the Marines. That’s a story for another time. Just keep in mind a foundation in my family was created by two proud Marines to respect those who choose and chose to serve.

My family traveled down to Illinois for a military memorial ceremony Labor Day weekend to show respect for both my grandma Mary Jane (Niemojuski) Kowalczyk and Edward “Ski” Martin Kowalczyk. Those who were close to them know how proud they were to be Marines and always reminded people they met while they were in the Marine Corps.

The ceremony was really one of the most touching events I have ever attended. The planning and finding the proper documents seemed long and painful, but in the end, we knew it was important and they both deserved it.

The day finally arrived and we couldn’t have ordered more perfect weather. It was a beautiful September day with the sun in the sky and a slight breeze. Everyone arrived at the entrance of Abraham Lincoln National Cemetery, Elwood, Illinois, and were quickly lined up into a procession. From there, we rode through the cemetery past lines of headstones and markers of countless other veterans who were honorably discharged or had given the ultimate sacrifice. The Illinois Patriot Guard Riders, a veteran motorcycle group, escorted us to the pavilion where the ceremony took place.

Family and friends who were in attendance are all part of the Kowalczyk family, regardless of biology. It was such an unexpectedly huge group of people who gathered to show respect for my grandparents and the love they shared throughout their lives. I always knew how amazing my grandparents were, but I never really understood the magnitude of an impact they had on everyone around them.

Once everyone was seated, the ceremony began. Veterans who had never met my grandparents or my family prior presented my dad and uncle with tokens to keep, as well as looked directly into their eyes and shared words of appreciation for my grandparents’ service to our country. They folded two flags, one for my dad and another for my uncle and presented them to each of them.

I honestly don’t know how she did it, but my aunt Connie mustered the courage to read an emotional poem written by my cousin Jackie that managed to sum up decades of love-filled memories. Steve, an extended family member, said some heartfelt words. Most importantly to me, he reminded the group who was in tears by then, including the speakers from our family, that they wouldn’t want us to be sad. They would want us to remember all of the good times we’ve had through the years. My uncle concluded the spoken part of the ceremony by thanking everyone for everything they had done to make the ceremony a reality.

With that, a 21-gun salute, along with taps, was performed in their honor. With the ceremony finished, each veteran walked by a podium with my grandpa’s ashes and a flag, representing both grandparents and saluted them one last time as each left the pavilion.

I hope all veterans are shown even a fraction of the respect and love my grandparents received not only on this day but throughout their lives. Thank you to all the veterans who have served, are serving and will serve our country today, and every day.