GOP rallies around Trump following FBI search of his estate

For much of the year, small cracks in Donald Trump’s political support have been growing. But the FBI's search of the former president’s Florida estate has unified Republicans behind Trump as almost never before. By Tuesday, the day after the unprecedented search, the overwhelming majority of Republican officials were accusing the Biden administration of “weaponizing” the Justice Department. And for a day, at least, Republican concerns about Trump’s past behavior and political shortcomings were forgotten. The FBI search also triggered a shift among Trump’s advisers, who had been privately urging him to wait until after the midterm elections to announce another presidential run. Suddenly, they were urging him to launch his campaign now.

Whether an FBI search of Donald Trump’s Mar-a-Lago residence is a prelude to criminal charges is unknown — especially unclear since other investigations into mishandling of classified information have ended without prosecution or in misdemeanor plea deals. The search focuses new attention on the thicket of statutes that govern the handling of government records. Much remains uncertain about Monday’s search, including what precisely the FBI was looking for and why it acted when it did. The Justice Department has been investigating the discovery of classified material in 15 boxes of White House records that the National Archives and Records Administration recovered from Mar-A-Lago earlier this year.

A Little League batter rose from a beaning to console the upset pitcher in a dramatic scene at a Little League regional tournament game in Waco, Texas. Pearland, Texas, righthander Kaiden Shelton was facing Tulsa, Oklahoma, batter Isaiah Jarvis Tuesday when an 0-2 pitch got away from him, striking Jarvis in the helmet. Jarvis fell to the ground clutching his head but was able after a few moments to take first base. Meanwhile, Shelton stood on the mound staring at the ground in tears until Jarvis walked to the mound and put his arms around Shelton to comfort him. The gesture drew a standing ovation.

Breanna Stewart had 25 points and nine rebounds, Gabby Williams added 21 points and seven assists, and the Seattle Storm set a WNBA record with 37 assists in a 111-100 victory over the Chicago Sky. Seattle also set a franchise record for scoring in any half with 66 first-half points, but the Storm only led by 11 points after Chicago closed on a 13-4 run. The 121 combined first-half points were the most in a first half this season in the WNBA. Seattle led by as many as 22 points in the second half and hit the century mark with 4:50 left in the fourth. Despite the loss, Chicago is still in the driver’s seat to earn the No. 1 seed in the playoff.

Wisconsin Lt. Gov. Mandela Barnes has won the Democratic Senate primary and will face Republican Sen. Ron Johnson. Barnes’ top rivals dropped out of the race last month and backed Barnes in Tuesday’s primary. It was a sign of Democrats’ intense focus on defeating Johnson in a contest expected to be one of the year's most competitive as the parties battle for Senate control. Voters also are choosing a Republican nominee for governor who could reshape how elections are conducted in the marquee battleground. Former President Donald Trump has endorsed businessman Tim Michels while former Lt. Gov. Rebecca Kleefisch is backed by former Vice President Mike Pence.

Longtime Wisconsin Secretary of State Doug La Follette has won his Democratic primary, advancing to a general election in which Republicans hope to win back the seat and give it power over elections. All three GOP candidates on Tuesday’s ballot have echoed former President Donald Trump’s false claims that fraud cost him the 2020 election. They also have sharply criticized decisions by the Wisconsin Elections Commission heading into the 2020 election, when the COVID-19 pandemic brought major challenges to running elections. Primaries were also held Tuesday in Minnesota, Connecticut and Vermont.

SEATTLE (AP) — Dr. Anthony Fauci was presented with an honorary Hutch Award on Tuesday night prior to the Seattle Mariners' game against the N…

Afghan man charged in killing of 2 Muslims in Albuquerque

Police have announced a breakthrough in the killings of four Muslim men in Albuquerque, New Mexico. A man from Afghanistan — himself a Muslim — was charged Tuesday with two of the slayings, and authorities identified him as a prime suspect in the other killings that put the entire community on edge. Muhammad Syed, who is 51, was taken into custody a day earlier after a traffic stop more than 100 miles away. Albuquerque Police Chief Harold Medina said it was not clear yet whether the deaths should be classified as hate crimes or serial killings. Police were still looking into possible motives, including an unspecified “interpersonal conflict.” 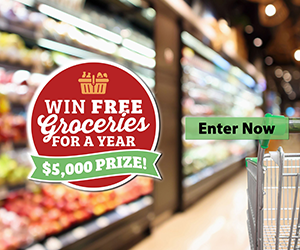