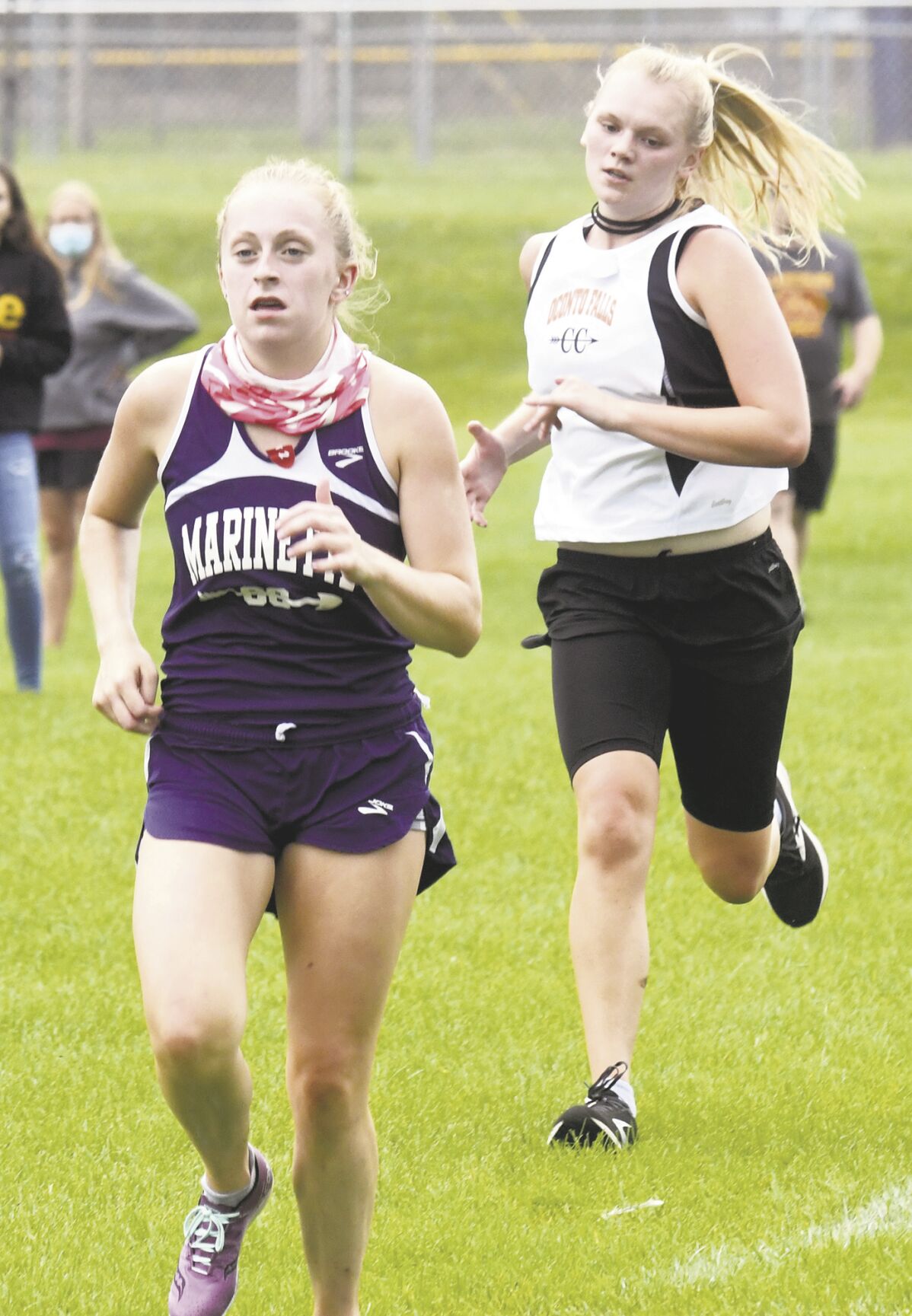 MARINETTE — The North Eastern Conference kicked off its cross country season as the Marinette Marines hosted Freedom, Oconto Falls and Fox Valley Lutheran for a quad meet at the Marinette High School on August 28.

The Marine girls scored a 94 took take home second place, behind Oconto Falls (133). The boys did not place.

The Marines are replacing two of All-NEC performers in Matt Maye and Katelyn Kitzinger, both of whom graduated, but return plenty of talent with a 10-person roster made up of seven girls and three boys.

Due to COVID-19, the meet was conducted under different circumstances. All coaches and runners wore mask, some even while competing. Additionally, rather than have all runners compete in one event, runners now are placed in waves based on their times, with each wave following the other in two minute intervals. That allows for smaller groups to run together to limit the spread of the virus.

While the circumstances are less an ideal, Marinette head coach Jenni Campbell believes the season got off to a successful start.

“Overall I think everything went well today. I feel like the timing and the waves every two minutes went smoothly and kids were able to space out in their heats. Overall, it went well,” she said.

One thing that didn’t cooperate was the weather, as rain soaked the course earlier in the day and runners had to deal with intermittent bursts of rain throughout the afternoon. Those factors helped turned Marinette’s course into a slick, muddy obstacle course.

“I would say that our course is a slower course because when they’re back in the woods, loop one is a single track and there’s hills up and down, and a lot of turns,” Campbell said. “Then obviously running through the soccer field add another dimension of mud and sogginess”