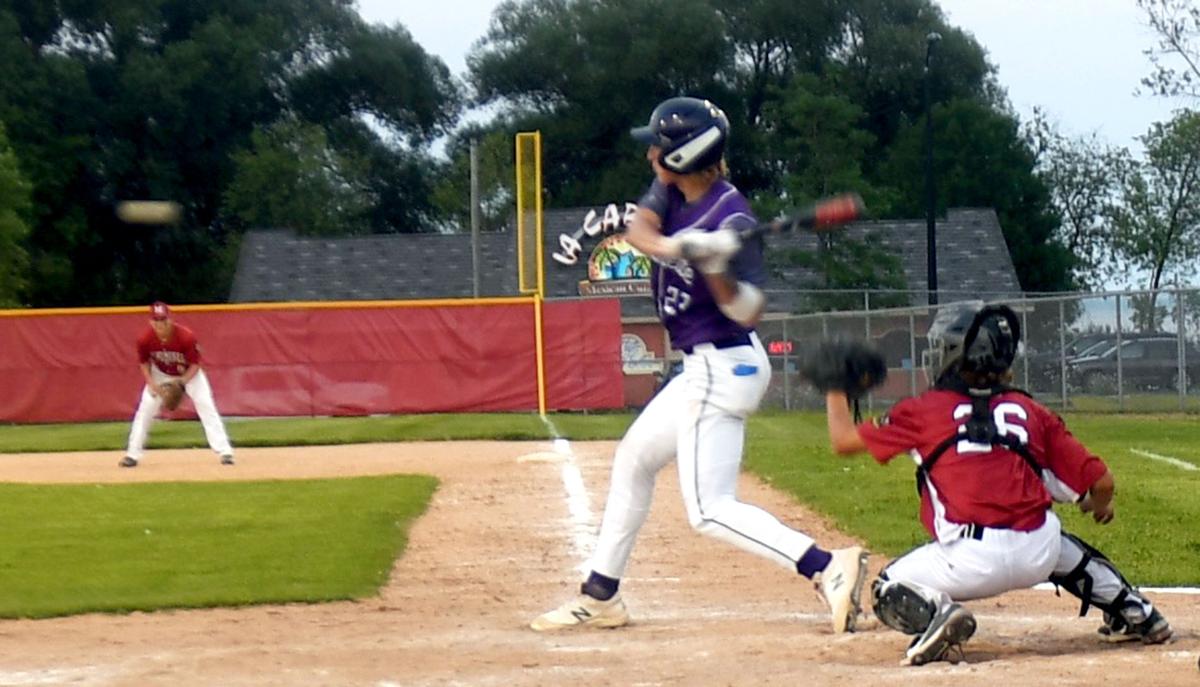 Marinette’s Kougar Wagner swings at a pitch during the sixth inning against Menominee Tuesday at Spies Field in Menominee. 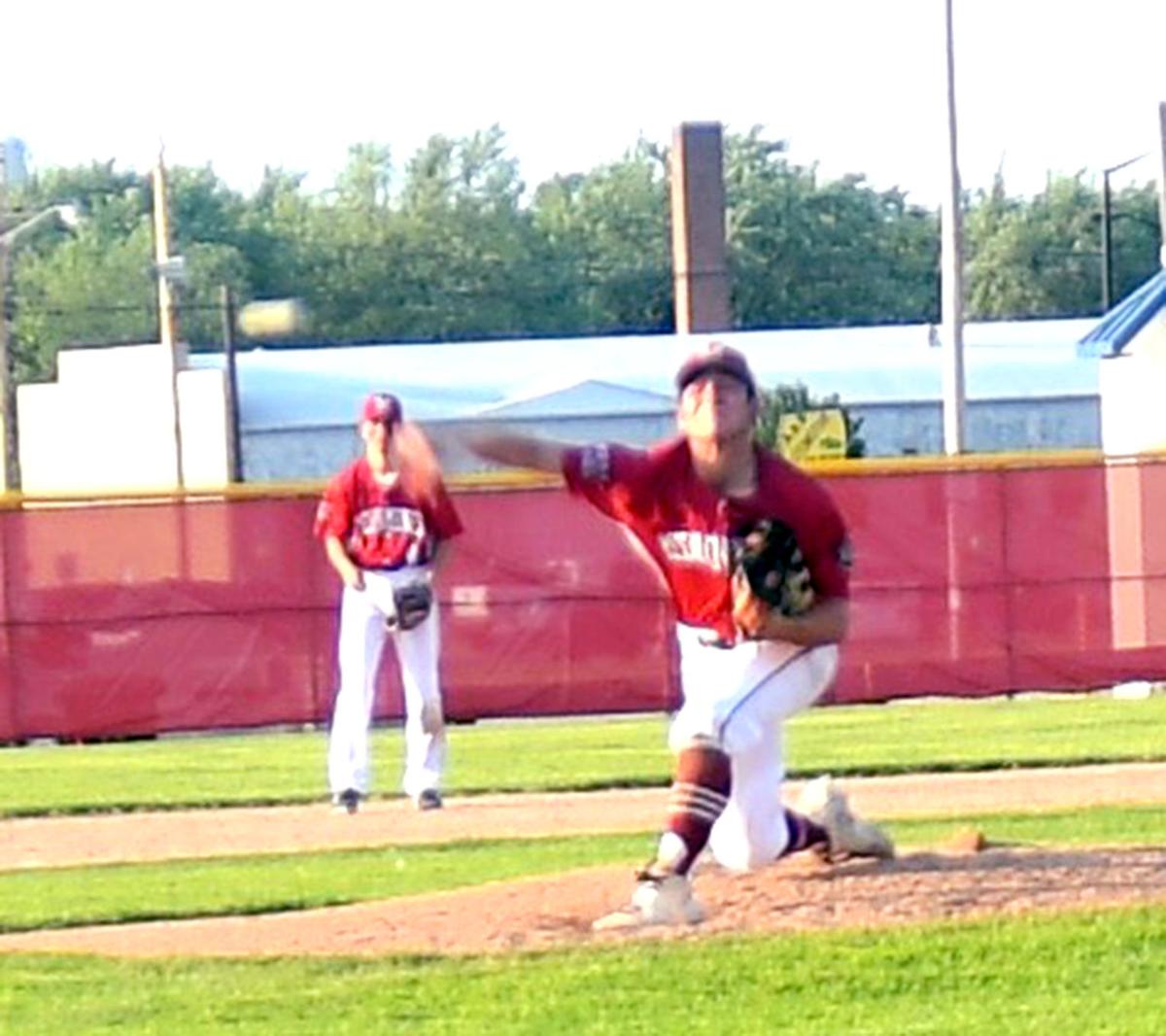 Menominee’s Andrew Schroeder delivers a pitch during the fourth inning against Marinette Tuesday at Spies Field in Menominee.

Marinette’s Kougar Wagner swings at a pitch during the sixth inning against Menominee Tuesday at Spies Field in Menominee.

Menominee’s Andrew Schroeder delivers a pitch during the fourth inning against Marinette Tuesday at Spies Field in Menominee.

In the first meeting, on the Fourth of July, Post 39 edged the Red Wave, 2-0. This second meeting between the M&M Rivals took place at Spies Field in Menominee and ended with Marinette’s offense matching its high-level defense by propelling Post 39 to a decisive 9-0 victory and completing the season sweep for Marinette.

“We were focused, came out playing good defense and obviously it starts on the mound. Jaeden Werner threw a great game. Threw strikes, very efficient and they made the plays behind him,” Marinette coach Brian Lesandrini said. “Offensively we had good approaches at the plate, hit the ball hard and a lot of key two-strike hits which broke the game open.”

Werner started on the mound for Marinette and picked up the win while Andrew Schroeder took the loss for Menominee.

“I felt good. Got a good warm up, got rest and went into it knowing that I just have to keep them off balance and do my thing and that’s what I stuck to. I got the fastball going, mixed in my curveball and it worked pretty well,” Werner said. “We hit really well against a really good pitcher on the mound like Andrew (Schroeder). He’s one of my good buddies. All along, I knew he was going to throw a good game but we hit him good and just played our game.”

Werner finished with nine strikeouts and allowed only two hits through five innings of work.

“Schroeder was throwing strikes but when we give up four or five outs an inning it just wears and tears on your arm. I thought we came out a little flat tonight,” he said. “We are a young team. We are very young. Schroeder is my only 19-year old on the team, but they’ve been improving every game which is a good sign for us.”

Schroeder also led Menominee on offense with two of the Red Wave’s five hits and a stolen base.

Alec Grandaw closed the game for Post 39. Pitching the final two innings, he struck out three while allowing three hits yielding no runs and leaving four Menominee base runners left stranded on base.

“The entire lineup swung the bat very well. I am very happy with our offensive approach tonight. We’ve been struggling offensively so this is a step in the right direction and hopefully it continues while we try to get geared up for regionals next week. This is a good start,” Lesandrini said.

Leading the charge offensively for Marinette were Adam Lemery, Preston Rehwinkel, Logan Shallow, Braeden McMahon and Austin Burnside, who all had two hits in the game. Lemery also drew a walk, scored a run and had an RBI.

Rehwinkel was a kleptomaniac on the base paths, swiping three bases en route to scoring two runs for Post 39.

Shallow’s multiple-hit game included a double and an RBI while McMahon scored a run and Burnside drove in the first run of the game with two outs.

Alex Rupert managed to reach base three times, drive in a run, and score twice for Marinette.

Marinette travels to play Appleton in a doubleheader today (first game starts at 5:30 p.m.) in the Appleton Legion Tournament. Then on Saturday Post 39 plays Wausau at 12:30 p.m. and in its regular season finale play Green Bay Southwest at 5:30 p.m.

Menominee played Marquette Thursday night with results unavailable at press time. The Red Wave have their final home game of the season Sunday against Escanaba at 2 p.m.