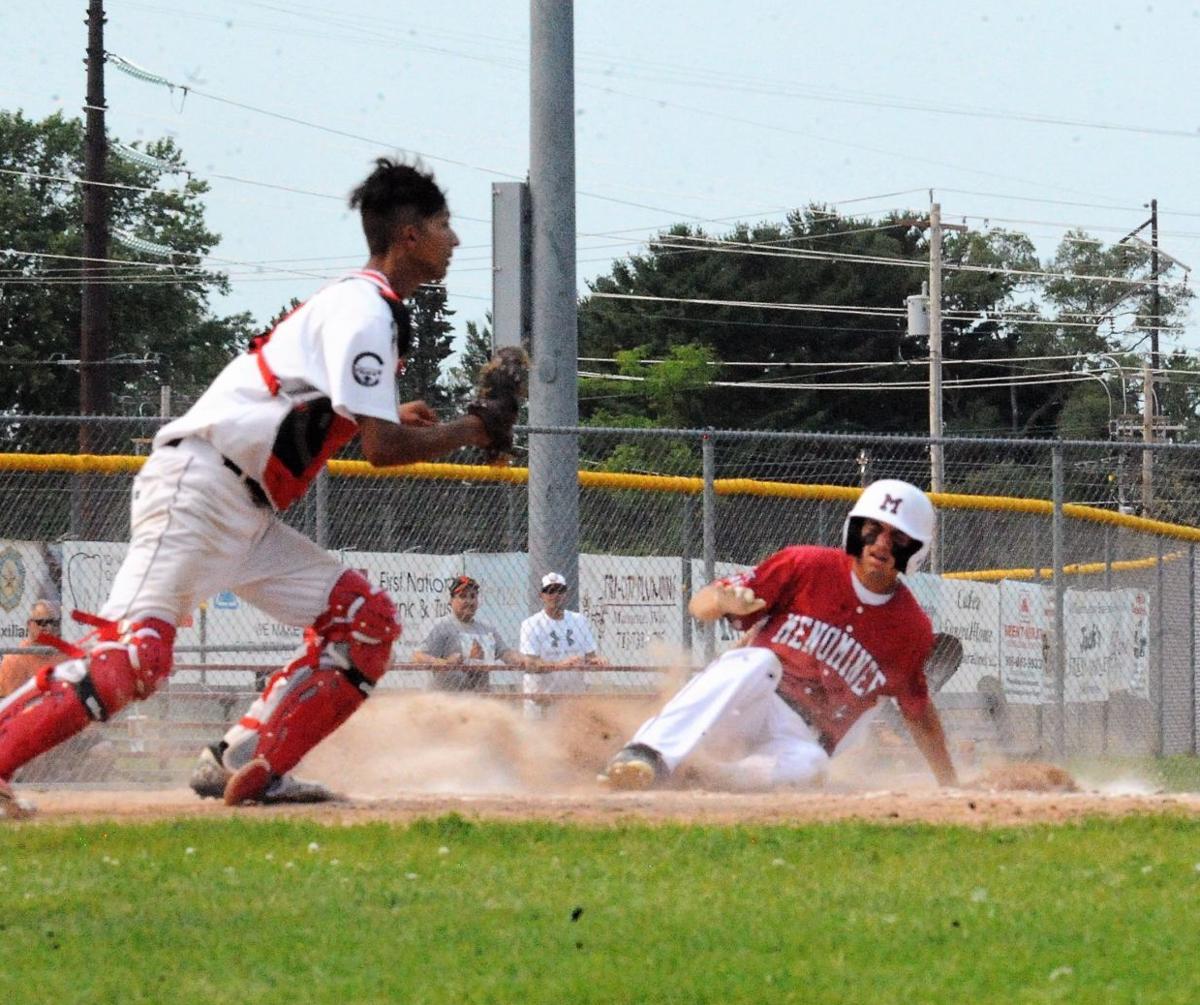 Menominee’s Zach Starzynski scores against Escanaba off a sacrifice fly by Michael Hensley in the fifth inning Sunday at Spies Field in Menominee. 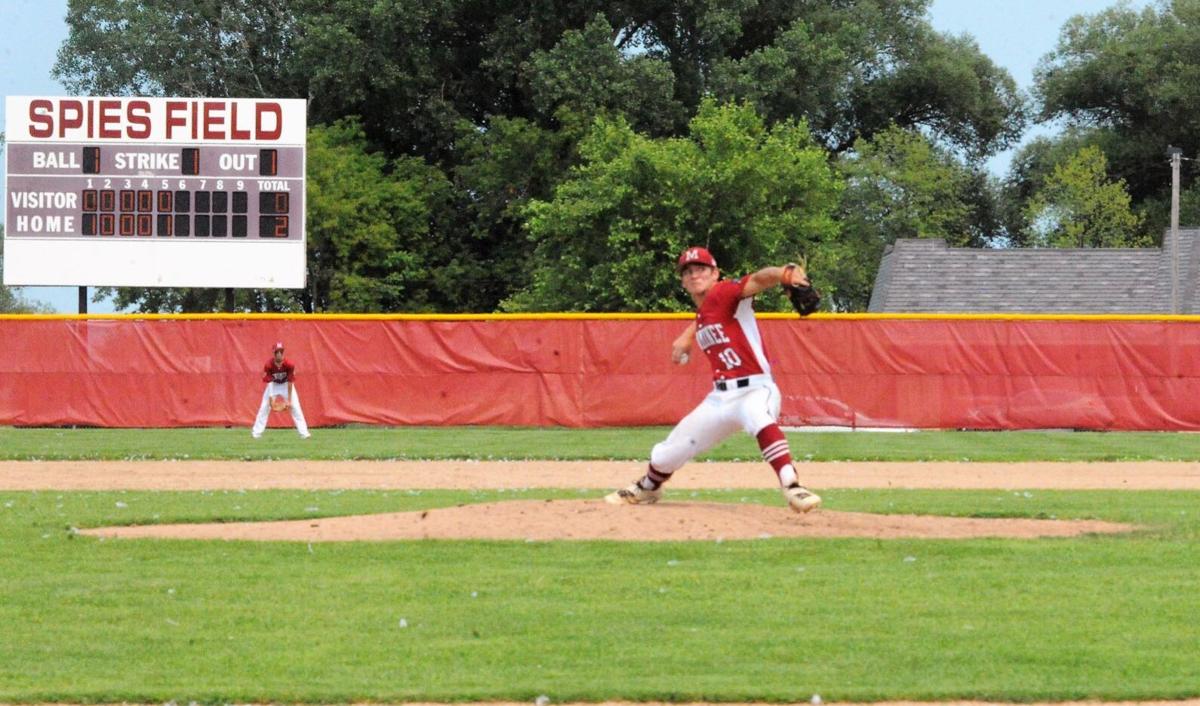 Menominee’s Zach Starzynski scores against Escanaba off a sacrifice fly by Michael Hensley in the fifth inning Sunday at Spies Field in Menominee.

MENOMINEE—The Menominee Red Wave hosted its regular season finale against the Escanaba Cubs with both teams starting pitchers bringing their best. The Red Wave capitalized on two costly Escanaba errors in the first inning and Menominee never allowed the Cubs to recover, riding the pitching of Andrew Schroeder to a 2-0 victory at Spies Field on Sunday.

“We lost the game because two errors in the same inning gave them the first run. I really thought Carson Sprader did a good job keeping us in the game. They didn’t pull away. They only won 2-0. We just didn’t hit or have the correct mindset at the plate to make adjustments,” Escanaba coach Jon Binter said. “(It) wasn’t our best baseball. (It’s) not exactly how I wanted to finish the regular season going into postseason.”

The Red Wave’s stingy defense did not allow a run the entire game and only gave up one hit, an infield single in the fourth inning.

Andrew Schroeder pitched like an ace, carrying a no-hitter into the fourth inning until Jack McEvers broke through with the Cubs’ lone hit. McEvers swiped second base before stealing third, but Esky was unable to get to Schroeder for the game-tying hit.

“It all started with our pitching. He had everything working and kept them off balance with a good fastball and curveball. He threw a one-hitter and that was an infield hit.”

Schroeder was a problem for the Cubs offensively as well. He scored the first run of the game after a leadoff single in the first, stole two bases and drew a walk in the second.

Also contributing on offense for Menominee was Dawson Allgeyer, who singled twice and was a problem for Escanaba on the base paths, swiping two bases.

Michael Hensley made it on base twice for the Red Wave and had a sacrifice fly in the fifth inning, which drove Zach Starzynski home for final run of the game. Starzynski had a single, reached base on error and also stole a base.

“As far as our hitting, we got a couple good hits and we got the two runs but we still have to make sure we make more contact. Too many strikeouts right now,” Lauzer said.

Sprader took the loss for Escanaba after giving up six hits and issuing a walk with seven strikeouts through five and two-thirds innings of work.

After finishing the regular season, the Menominee Red Wave moves on to postseason play when they travel to Gladstone to play in a round robin tournament.

“Now we are in the playoffs. We have four games, two on Friday and two on Saturday. We want to play good baseball and have some fun doing it. We are the defending U.P. champions so we’re just going to have some fun going up there.”

Menominee’s first game is on Friday at noon against Sault Ste. Marie.