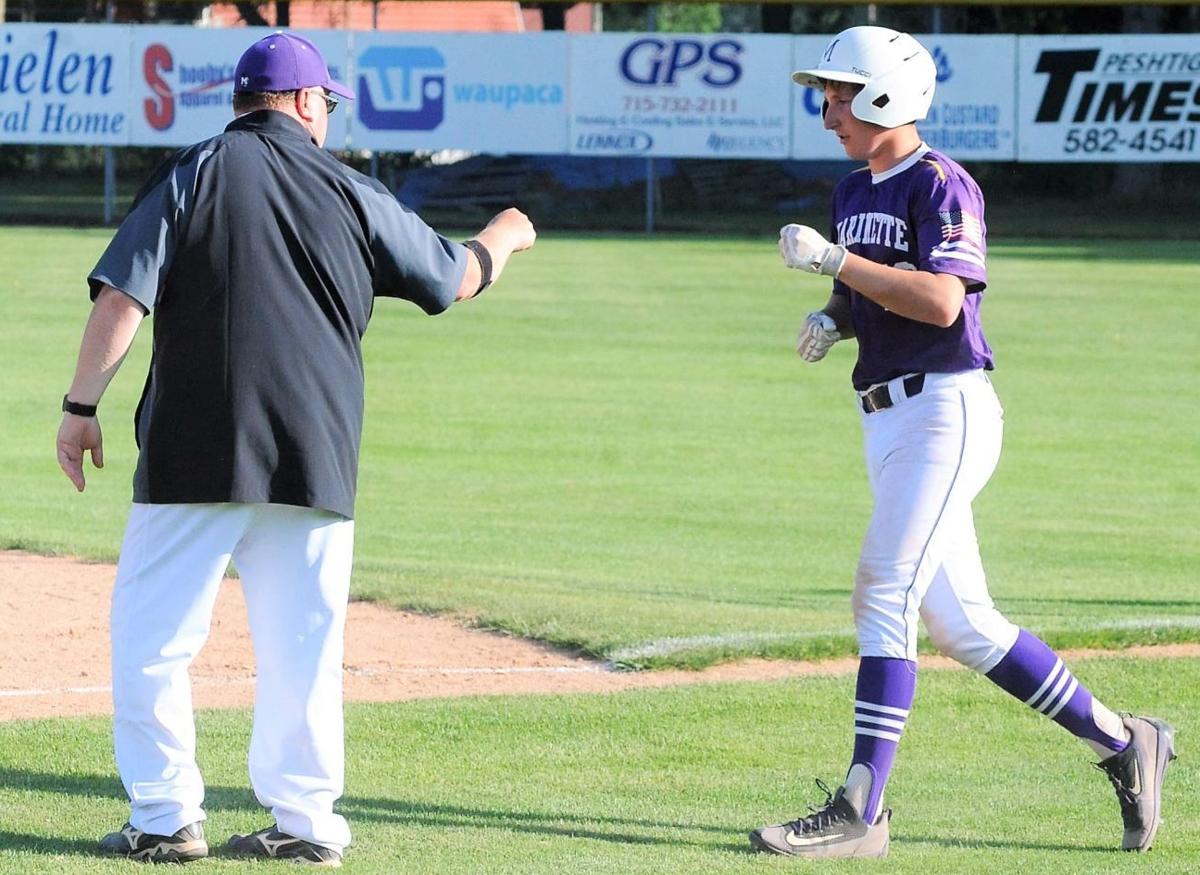 Marinette’s Hayden Meyers (right) gets a fist bump from Coach Todd Niemojuski after reaching first base against Denmark Tuesday in Marinettte. 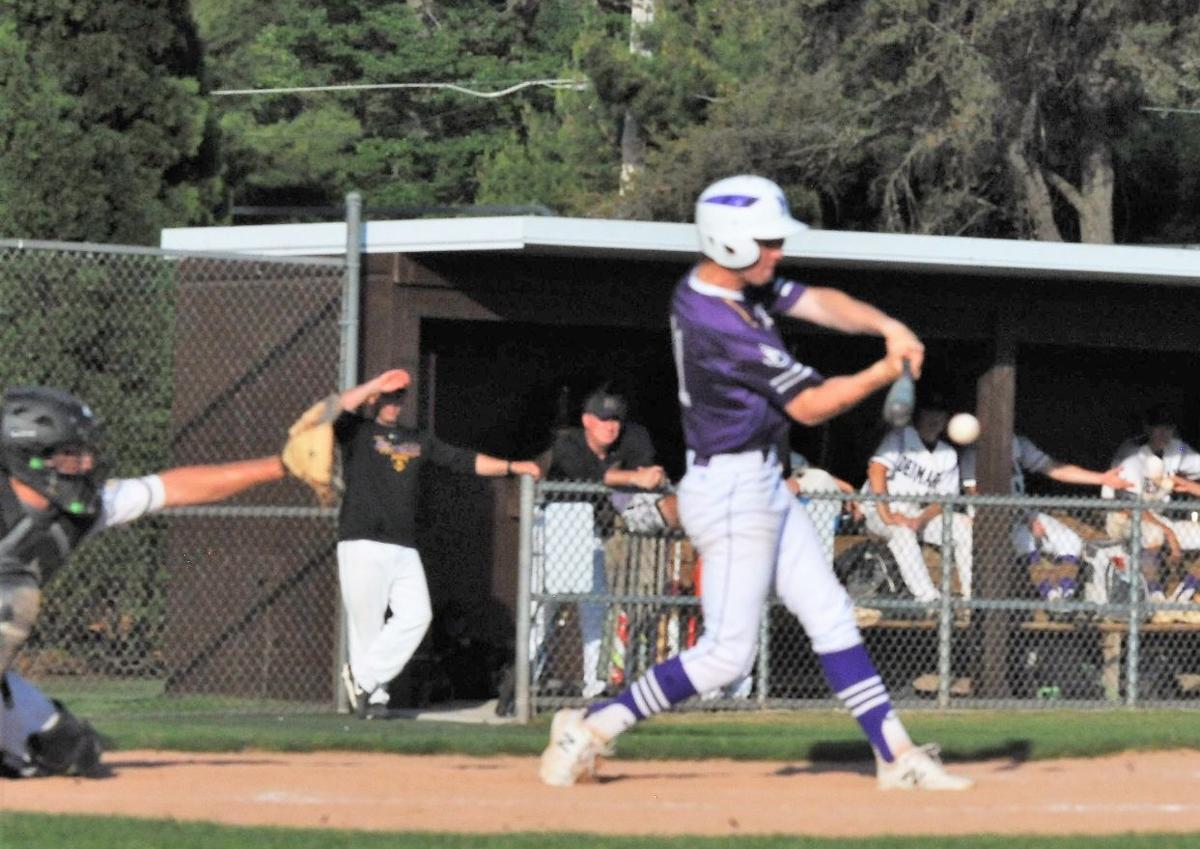 Marinette’s Christian Schroeder drives a single up the middle in the seventh inning against Denmark, Tuesday in Marinette

Marinette’s Hayden Meyers (right) gets a fist bump from Coach Todd Niemojuski after reaching first base against Denmark Tuesday in Marinettte.

Marinette’s Christian Schroeder drives a single up the middle in the seventh inning against Denmark, Tuesday in Marinette

MARINETTE—The Marinette boys baseball team celebrated senior night by hosting Denmark for its final game of the regular season at Pedersen Ball Park, with the Vikings giving the Marines all they could handle in a 14-0 blowout victory in North Eastern Conference play on Tuesday.

The Marines (4-14 NEC, 4-15 overall) initially appeared up to the challenge, with pitcher Owen Suennen holding Denmark (18-0 NEC, 25-1) to just one run across two innings of work. However, mistakes began to pile up for Marinette in the third inning, leading to an insurmountable seven-run lead.

Marinette coach Mike Maedke added, “Denmark is the number one team in the state for a reason, so when we gave their first four batters outs for free, good teams take advantage and they scored six runs that inning,” Marinette coach Mike Maedke said. “Then on a bunt, our pitcher and our third baseman bump into each other at the start of the inning. Three fly balls could maybe have been caught too. It was one of those things where if one of those plays were made, it’s a completely different ballgame and it doesn’t get to the point that it was.”

After a disastrous third inning, the Marines held Denmark to three consecutive scoreless innings after turning double plays to end the fourth and fifth innings.

“Defensively, when you turn three double plays to get us out of innings, that’s a big response. That was nice to see moving into the playoffs,” Maedke said.

With Marinette still down seven runs in the seventh inning, the Marines defense imploded, allowing an additional seven runs.

Denmark held Marinette to four hits, with Hayden Myers reaching base twice, once off a single in the third inning and the other on a throwing error in the sixth. Singles by Suennen, Christian Schroeder and Adam Lemery accounted for the rest of Marinette’s hits against Denmark.

“We’re super proud of our six seniors. They are a humble group of kids and I don’t think they really enjoy the limelight. They don’t want to be talked about, but those are six good kids that the program is going to miss dearly. I am going to miss them, the players next year are definitely going to miss them but I want to acknowledge that I really appreciate what they’ve done this year. They’re all-around good kids.”

The Marines opened postseason at the WIAA Division 2 Regionals on Thursday against Seymour, with results unavailable at press time.